South-South in Action: From Cuba to the World

Home » South-South in Action: From Cuba to the World

Cooperation with other countries has been an essential component of Cuba’s foreign policy for more than five decades, sustained by the values of solidarity and humanism which characterize the country’s social project, and based on mutual respect, non-conditional assistance and complementarity. This volume of the South-South in Action series  reflects on Cuba’s experiences and journey towards Sustainable Development, and highlights some of its most successful cases in the areas of health, education, risk management and agriculture.

South-South Cooperation actions have had an incredibly positive effect, since they allow the exchange of best practices to help solve shared problems using common approaches, and also contribute to the strengthening of economic, social and cultural ties between the countries of the South. Cuba has repeatedly affirmed its commitment to SSC during multiple international forums, and recognizes that its reach goes far beyond simply complementing North-South Cooperation, due to the historical gap between developed and developing countries. 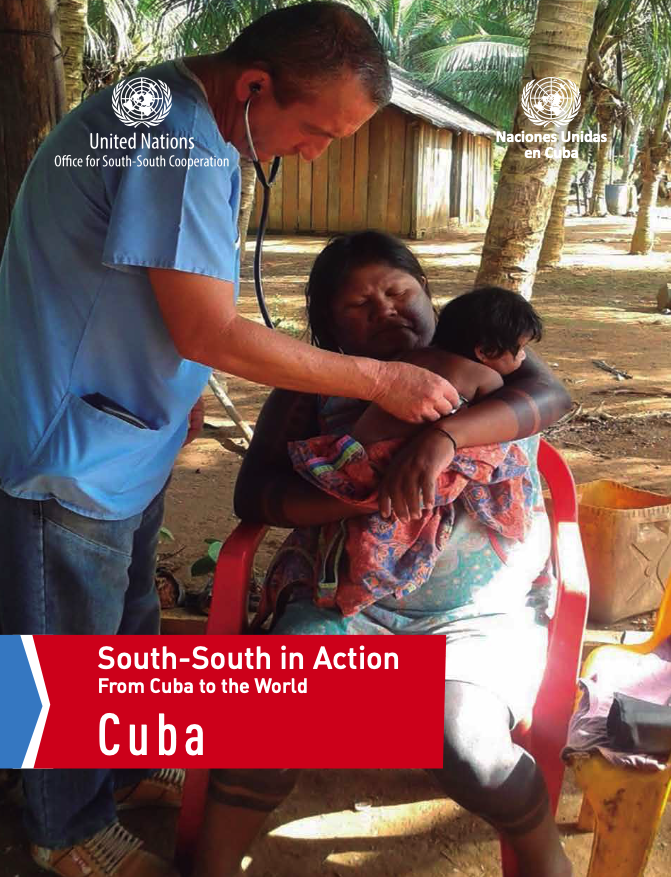