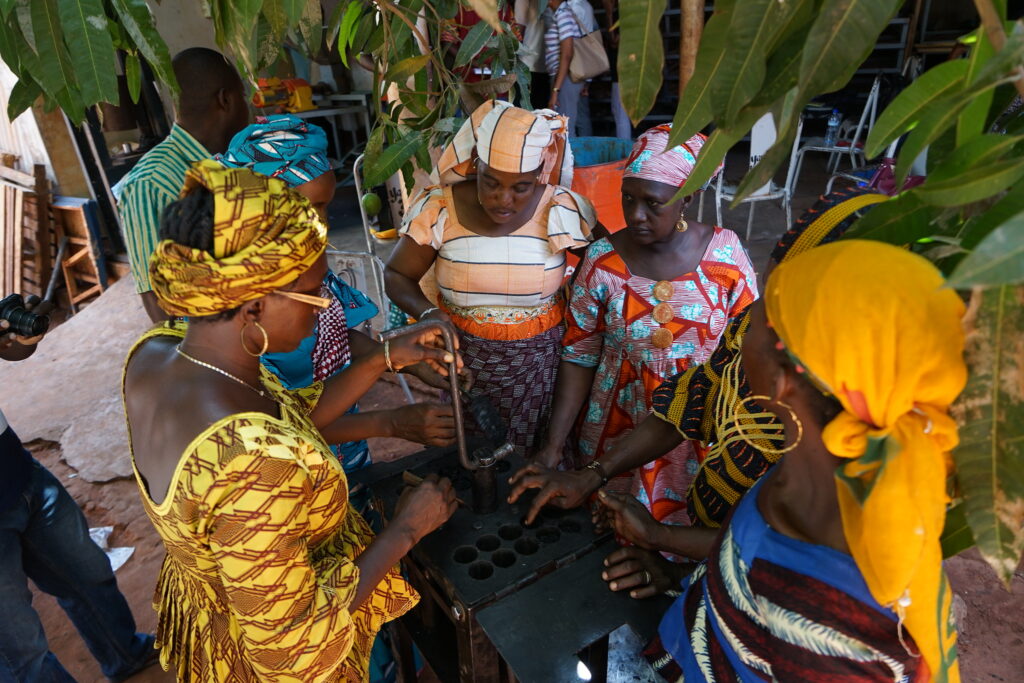 Launched at the 22nd Conference of the Parties (COP 22) to the UN Framework Convention on Climate Change by two civil society organizations, AlliaDev and IGAPURA, Initiatives Climat is a South-South Cooperation Programme among French speaking countries in Africa, funded by the Swiss Agency for Development and Cooperation.

Initiatives Climate is delivered by a strong team of partners: the Global Environment Facility’s Small Grants Programme (SGP), which is implemented by the United Nations Development Programme (UNDP), the Institute Francophonie  for Sustainable Development, United Cities and Local Governments of Africa, UNDP Morocco, UN Women, the Ministry of the Environment of Morocco, project DINIKA, and the Government of Canada. 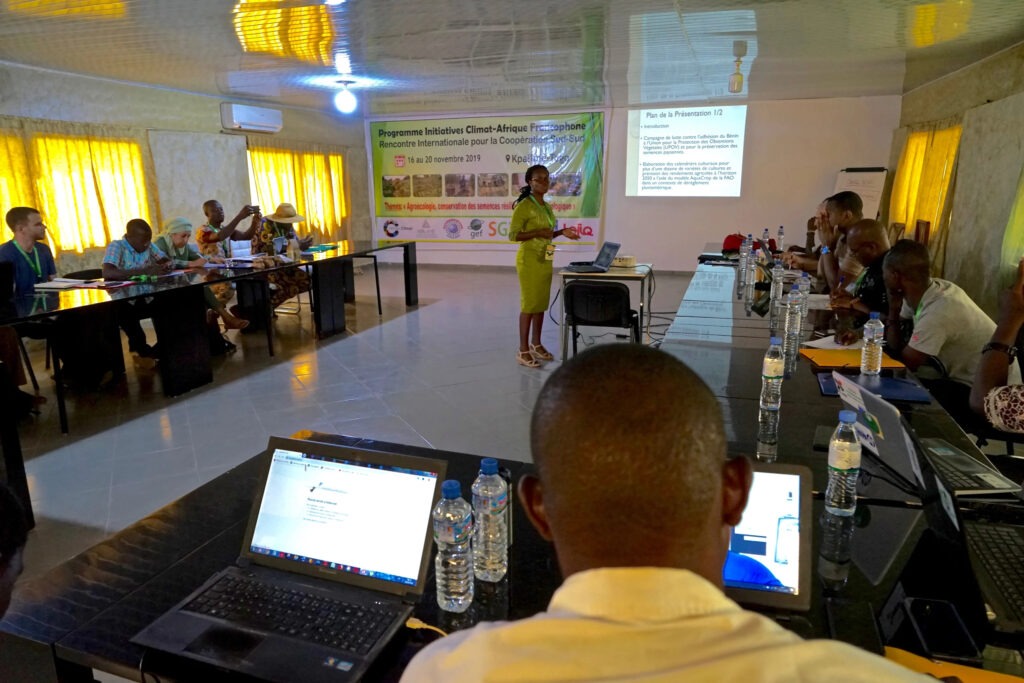 Initiatives Climat is particularly noteworthy for its approaches of tackling deforestation and climate change via identifying, consolidating, and scaling up best practices and nature-based solutions developed by local communities through South-South cooperation in Francophone Africa.

For the GEF Small Grants Programme, one of key partner of the Initiative Climat, South-South Cooperation is one of its key programs to transfer knowledge, encourage the replication of good practices at bilateral, regional and global levels, increase impact, scale up innovative solutions developed by grantees and partners.

Initiatives Climat also created a virtual platform where the experiences and lessons learnt from these innovative initiatives (and many others from across the region) could be shared. 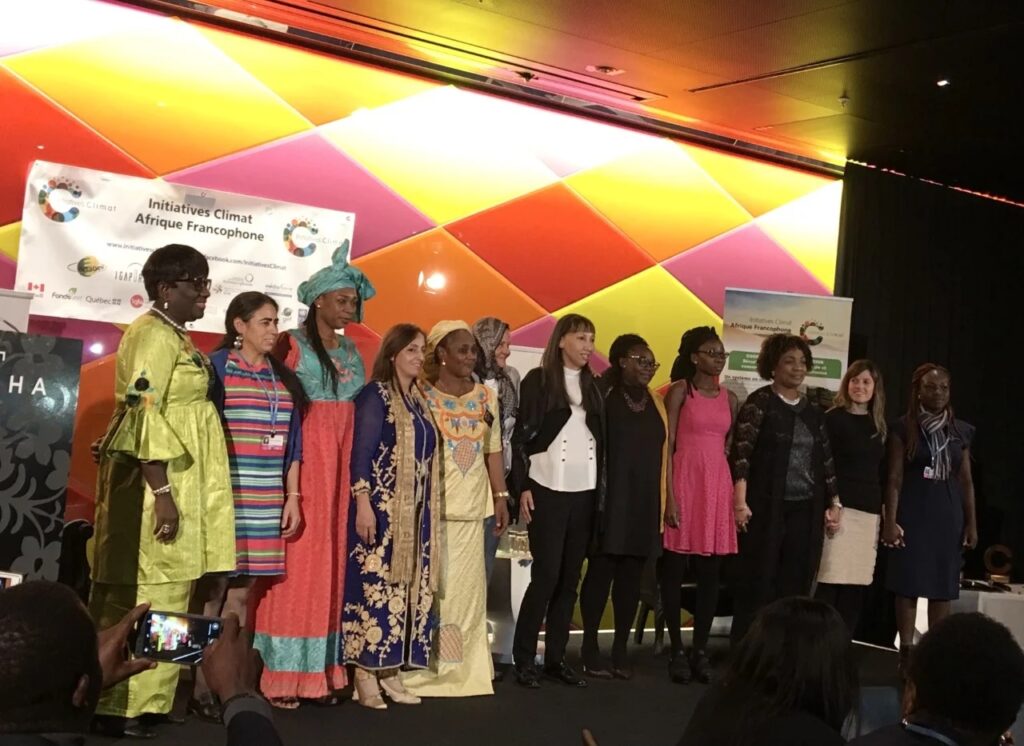 The programme focuses on two areas: biofuels like green charcoal (a type of bio-fuel made out of natural biomass and waste), which can replace wood and fossil fuels used for energy and prevent deforestation, and agroecology, which applies ecological principles to agricultural systems and practices.

To connect stakeholders from these industries, facilitate networking, and train national experts to disseminate good practices across the region, it created two clusters on green charcoal and agroecology that have organized 13 international training workshops with dozens of participants from 15 countries across Francophone Africa. 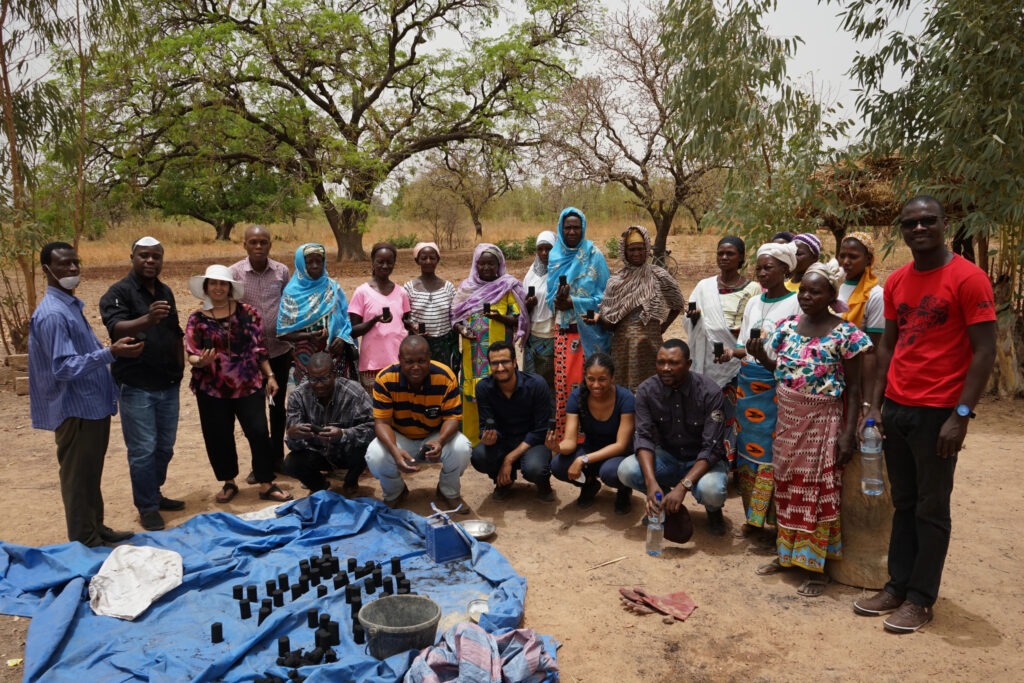 Initiatives Climat has also produced training manuals for each cluster, which are available online in French and English: “Guide to Green Charcoal Production” and “Farmer Seeds for a Better Resilience to Climate Change – Collection of Best Practices”.

Despite its status as the continent whose people emit the lowest amount of per capita greenhouse gases in the world, Africa is one of the regions most threatened by climate change. Recurrent periods of drought and irregular rainfall caused by changing climate patterns impinge on agricultural production, induce water shortages, degrade soils, decrease wildlife and biodiversity, and displace people via extreme weather events as well as through the loss of natural resources needed for livelihoods.

All these effects lead to growing food insecurity and conspire to thwart efforts to achieve the Sustainable Development Goals in the region. Socio-economic factors, such as population growth, unsustainable agriculture practices, deforestation, and poaching also contribute to worsening this scenario in a context of scarcity of land and forest resources.

Although it currently has little existing capacity to adapt to climate change, Africa has a great deal of potential that can be developed to prevent further negative impacts in the future and protect vulnerable populations in fragile countries. With this in mind, SGP has been supporting Initiatives Climat since 2016, when Morocco hosted COP22. 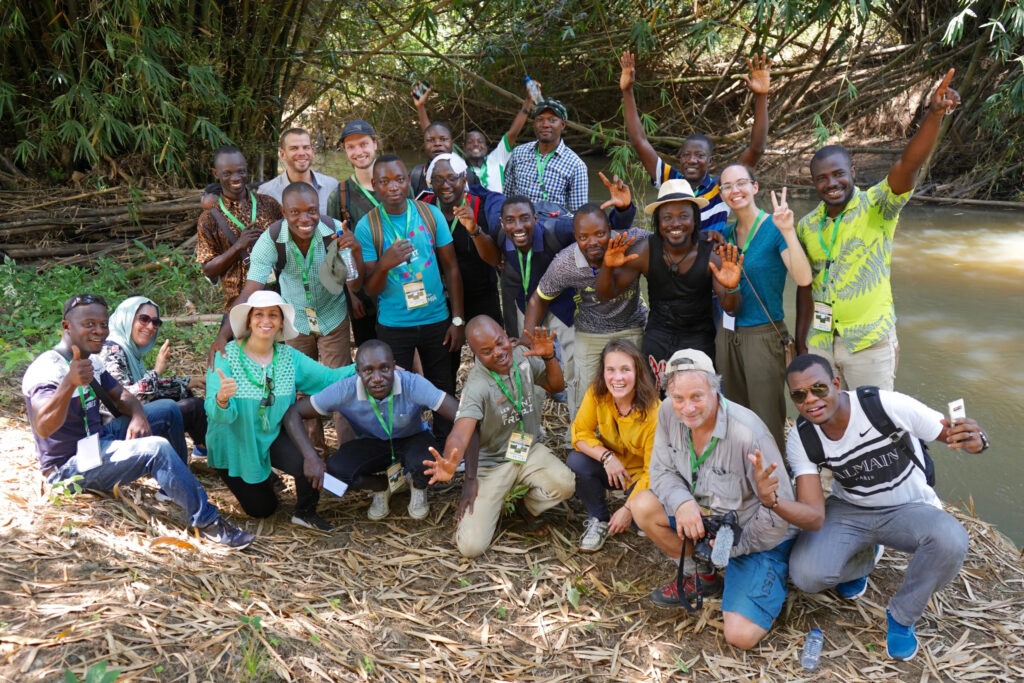 Today, Initiatives Climat has a network of 26 country correspondents in 14 French-speaking African countries. They promote the programme in their respective countries and support leaders who wish to submit their projects for the Initiatives Climat online database and the Trophies award. In addition, they help set up various South-South cooperation activities, including research and development workshops, collaborative trainings, production of publications and other documents.

Initiatives Climat also has a total of 258 project leads from 24 countries, who participate in training activities, implement good practices in the field, and disseminate information to the entire network. These project leads are a true source of inspiration; nearly 30 of them have already been nominated to or won an Initiatives Climat ‘Trophies’ award. 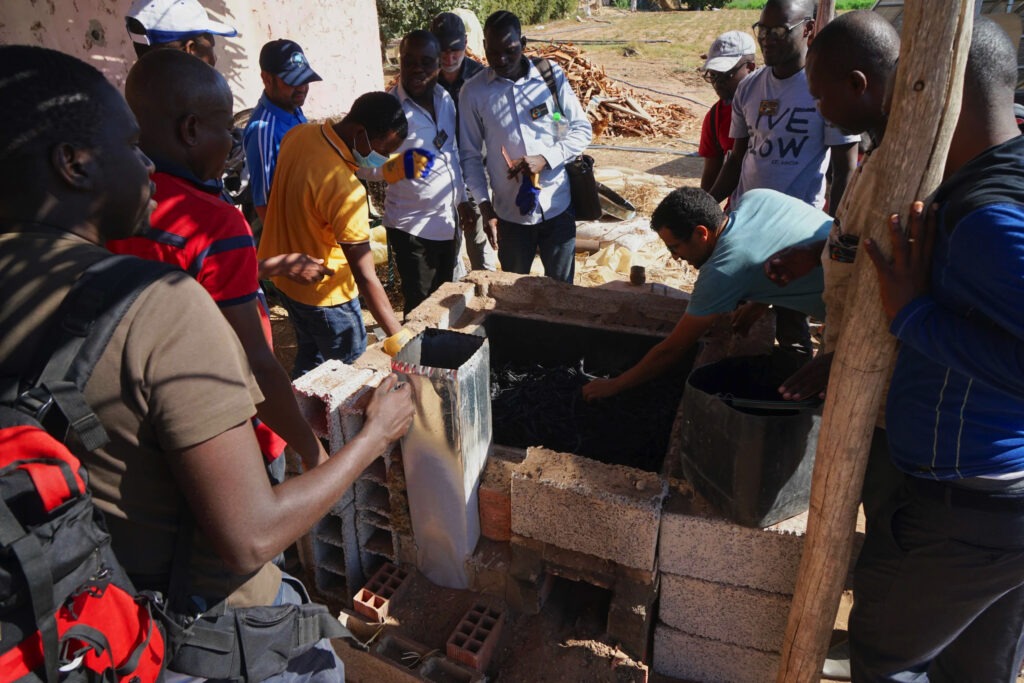 While the programme has trained around 200 people during in-person workshops, it has reached thousands more through its online publications and is currently developing four e-learning courses to expand their reach even further.

Other important next steps to scale up successful local actions identified by Initiatives Climat include the promotion of technology transfer to produce green charcoal and energy-efficient stoves, and a South-South cooperation project that will set up six biological input production units in several countries, including Burkina Faso, Niger and Cote d’Ivoire. 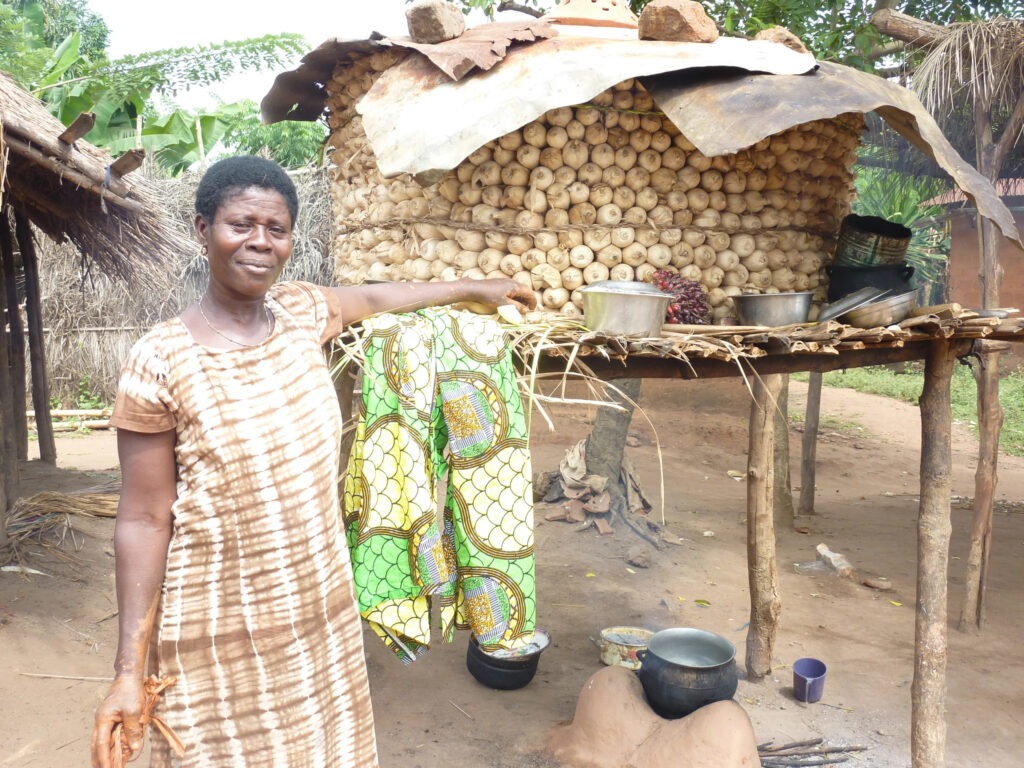 Mrs Ayélé in front of her corn granary as part of broader SGP support in Togo. Photo by UNDP Togo

Since its inception in 1992, the year of the Rio Earth Summit, it has supported thousands of projects in 45 countries across the African continent, addressing various issues in the areas of biodiversity, capacity development, land degradation, international waters, and climate change – including adaptation. 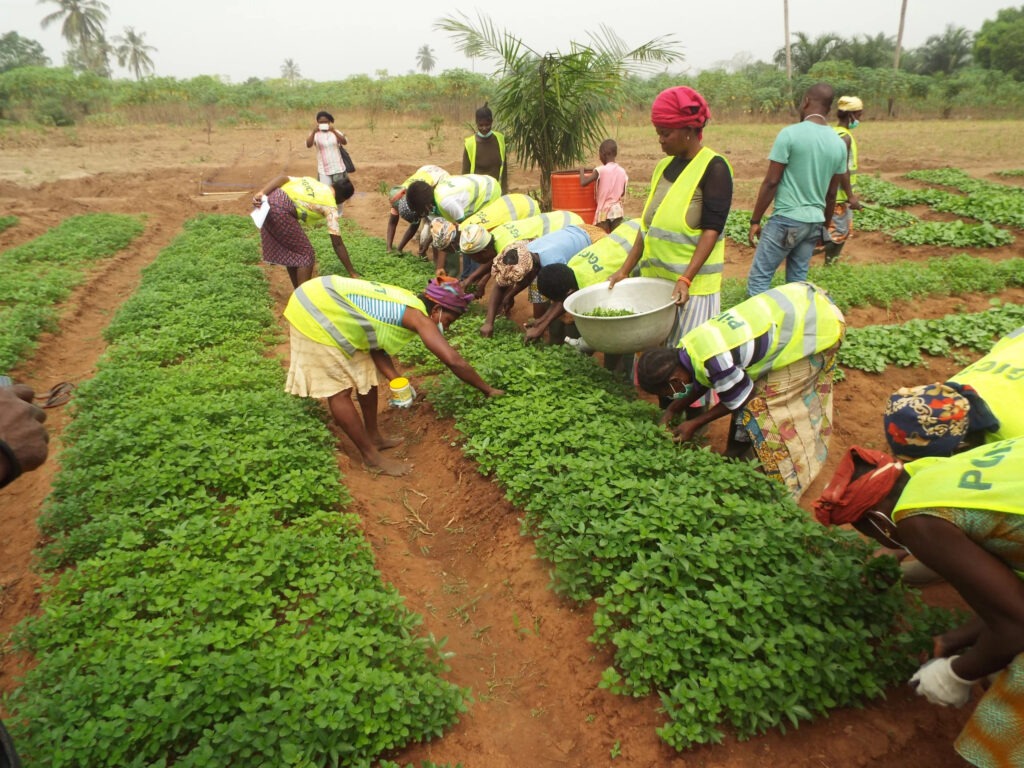 The platform responds to the need for a proactive solution to promote cross-country and regional learning, since grantmaking and associated knowledge exchanges often happen at the national level.

Through this platform, SGP provides dedicated support for knowledge exchanges between its programme countries. The cross-country exchanges seek to transfer knowledge, encourage the replication of good practices at bilateral and regional levels, increase impact, scale up innovative solutions developed by grantees and partners, and enable broader links between CSOs at the regional level.

This publication showcases examples from SGP-supported projects that illustrate the importance of South-South Cooperation as a necessary tool for the achievement of the SDGs, particularly related to environmental and social goals.

South-South knowledge and innovation by civil society and communities can fill critical gaps in national action plans and produce timely and significant results.