The Arab region is one of the most water-scarce regions in the world with 19 States below the water scarcity threshold. This is further complicated by transboundary water resources, since two-thirds of all water resources in the Arab region cross one or more borders. Other factors aggravating the water scarcity situation include pollution, inefficient use of water, high population growth rates and climate change and extreme weather events. Occupation and conflict further affect people’s ability to access water and sanitation services. More than half of the Arab states rely heavily on groundwater as the primary freshwater resource.
In countries like Djibouti, Libya, the State of Palestine and Saudi Arabia, groundwater constitutes more than 80 percent of all freshwater used. Groundwater use is also growing in countries where surface water has been traditionally the primary source of freshwater. 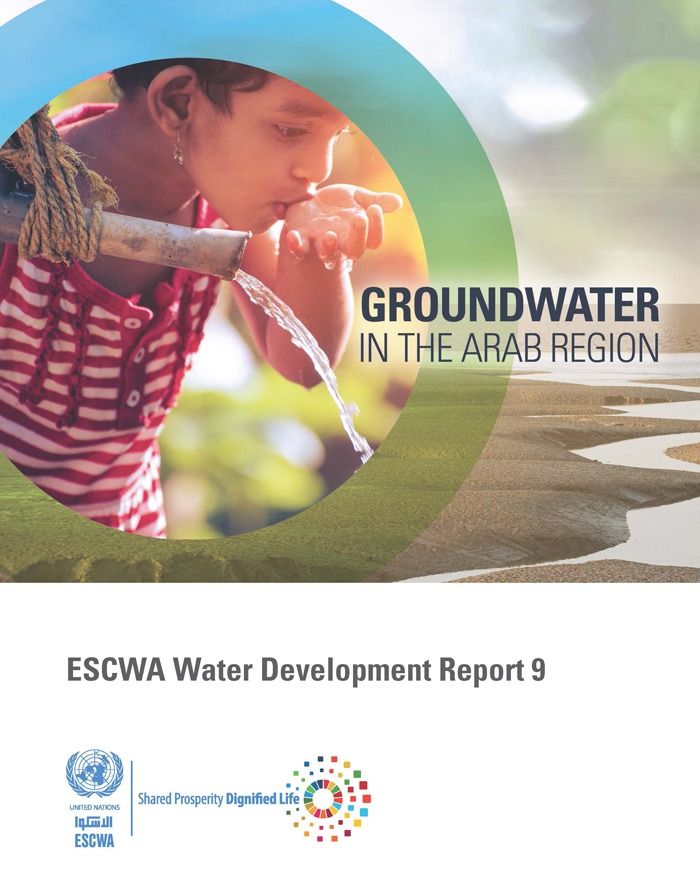 The present report aims to provide an overview of the groundwater resources in the Arab region and the many challenges facing their sustainable management while highlighting opportunities to break away from the business-as-usual operations mode by leveraging advances in management, cooperation and technologies. It provides a synopsis of the status of groundwater and offers solutions for pursuing groundwater protection and preservation for the ultimate purpose of improving water security in the Arab region. It acknowledges and stresses the challenges affecting groundwater while framing groundwater within the pillars of sustainable development, the water-food-energy security nexus and integrated water resources management and governance. This comes with a view towards ensuring coherence and coordination within the water sector and across groundwater-dependent sectors, and associated interlinkages. The relation of groundwater to water scarcity, human activity, transboundary water resources, climate change and water governance is specifically highlighted in this report. The importance of groundwater for the Arab region’s water security under a changing climate demands improved governance through innovative management approaches enhanced use of technologies and dedicated funding for better understanding of the resource and heightened regional cooperation.
Access the publication on the ESCWA website here.