The Commission on Science and Technology for Sustainable Development in the South -COMSATS is an intergovernmental organisation (IGO) with its permanent Secretariat based in Islamabad established in 1994. The organisation now comprises 27 member states and has a network of 24 scientific organisations from both the member and non-member countries. 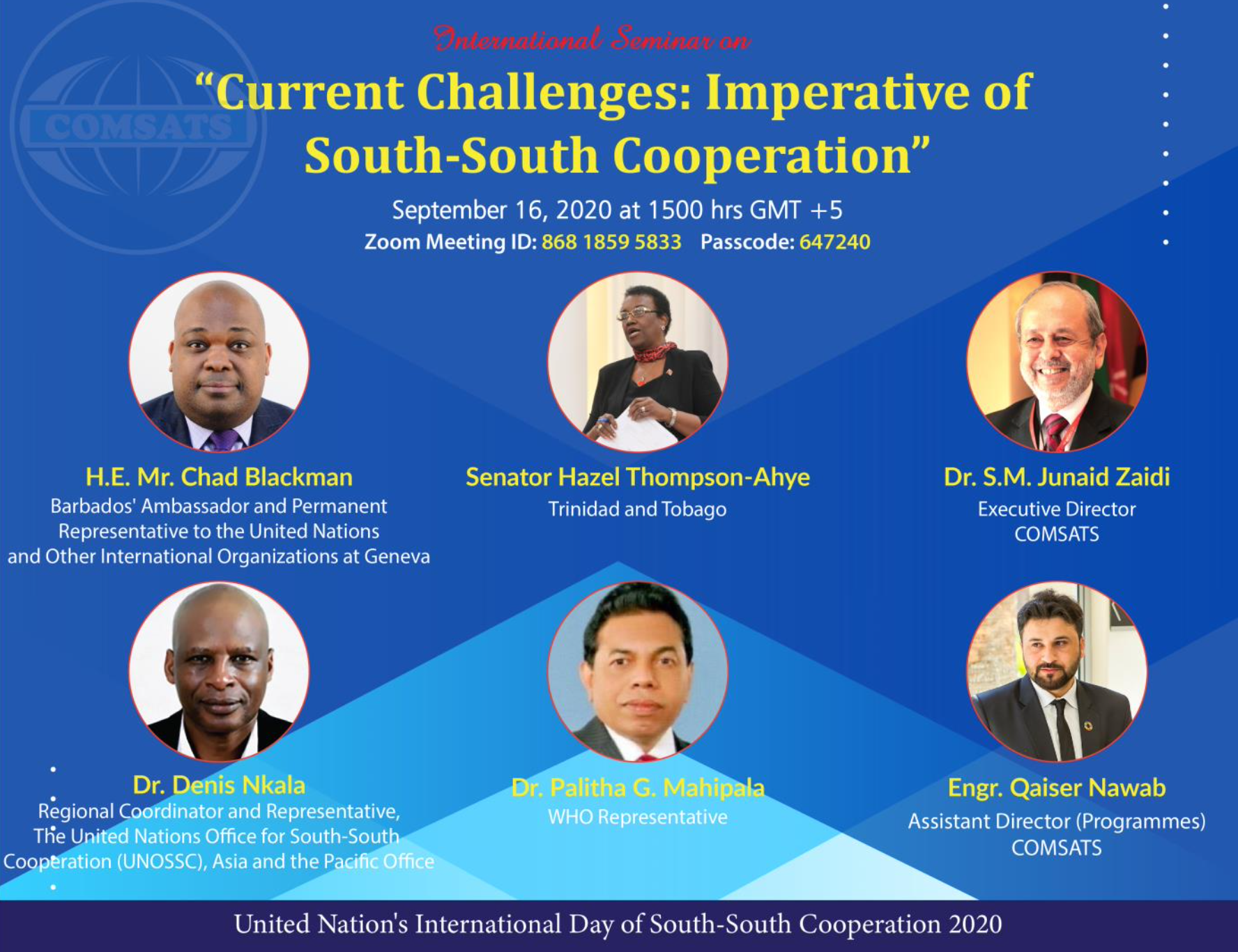 COMSATS’ mandate of South-South cooperation is a manifestation of solidarity among peoples and countries of the South that contributes to their national well-being, their national and collective self-reliance and the attainment of internationally agreed development goals, including the 2030 Agenda for Sustainable Development.

Taking into account the current pandemic, these types of collaborations are now more important than ever. Several countries of the global South have already demonstrated effective responses to contain the outbreak and mitigate its impact. Apart from the immediate demand that is already being expressed by countries from their partners of the South, going forward, least developed countries (LDCs) and other less developed countries of the South will want to learn and exchange lessons with countries that have demonstrated efficient health systems, effective governance mechanisms, leadership, coordination, communication, and community cohesion during the crisis.

It is clear that South-South cooperation is and will be more important than ever before. For that reason, COMSATS is organizing an international seminar on “Current Challenges: Imperative of South-South Cooperation” to celebrate the United Nation’s International Day of South-South Cooperation aiming to spread awareness of the economic, social and political developments made recently by regions and countries in the South and highlights COMSATS efforts to work on technical cooperation among member countries.