South Views on the Post-2020 Global Biodiversity Framework: Building a Shared Future for All

In order to highlight the importance of biodiversity and its conservation, and to increase understanding and awareness to the issues of biodiversity in the global South, COMSATS Center for Climate and Sustainability (CCCS) in collaboration with the World Wide Fund for Nature (WWF), Pakistan, is organizing a webinar entitled ‘South views on Post-2020 Global Biodiversity Framework’. This webinar will be held to mark United Nations International Day for Biological Diversity which is being commemorated this year with the theme “Building a shared future for all life”. The theme has been chosen considering the Post-2020 Global Biodiversity Framework to be adopted in the Conference of the Parties (COP15) of the UN Convention on Biodiversity in June 2022.

With the umbrella theme of Sustainable Development Goal 15 (Life on Land), this webinar would be among the series of webinars to be held throughout the year in order to commemorate United Nations international days falling within the mandate of CCCS.

The United Nations 2030 Agenda for Sustainable Development sets forth an ambitious plan of action and transformative goals to achieve inclusive growth and meet the three dimensions of sustainability – social, economic and environmental. Biodiversity and ecosystems have been featured as a matter of great significance for achieving socio-economic development in many of the Sustainable Development Goals (SDGs) and their associated targets, especially SDG 14 (life below water) and SDG 15 (life on land).

Biodiversity contributes directly to economic growth and social well-being as it is a key resource for many economic activities concerning agriculture, fisheries, livestock, and forestry hence providing livelihood, and ensuring food and water security. It also allows for natural interactions across all spheres resulting in a healthy and sustainable environment. Besides, ecosystems also provide essential services, including cycling of nutrients, dispersal of seeds, purification of water, control of pests, and regulation of climate. 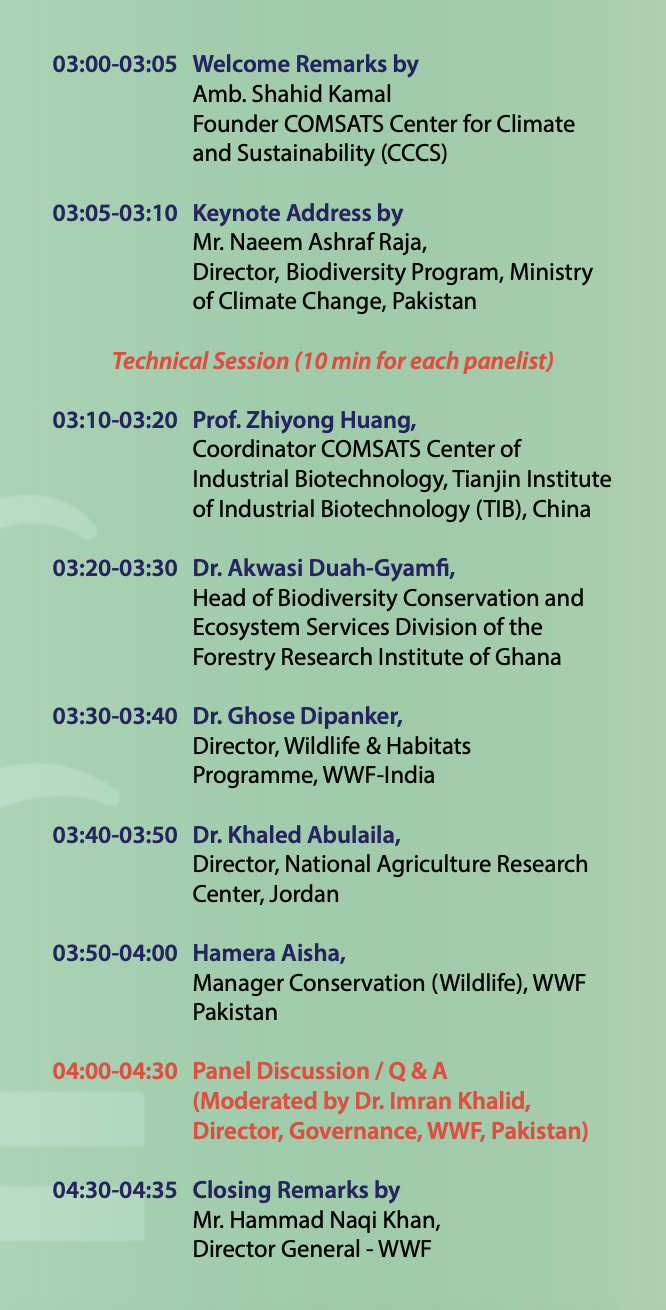 Despite advancements in science and technology, the importance of biodiversity cannot be overlooked since nearly half of the world’s population is completely dependent on natural resources for its survival. Unfortunately, during the 20th and 21st centuries, biodiversity has declined at an alarming rate mainly due to anthropogenic activities resulting in habitat loss, invasive species, pollution, and extreme climatic events.