As the decade of the Istanbul Programme of Action (IPoA) draws to a close and in preparation for the Fifth United Nations Conference of the LDCs, the Office of the High Representative of the Least Developed Countries, Landlocked Developing Countries and Small Island Developing States (OHRLLS), called upon all LDC member states to submit national reports on the progress of implementation of the IPoA. A total of 28 national reports were received by OHRLLS.

In line with the aim of the Fifth United Nations Conference on the Least Developed Countries (LDC5), this report aims to undertake a full assessment of the implementation of the program of action by LDCs and their development partners. The report shares best practices and lessons learned, whilst highlighting the challenges that hindered the LDCs from meeting the objectives set out in the IPoA, as well as necessary actions and initiatives to overcome them.

The report draws upon the extensive National Reports and several relevant supporting publications to capture the overall progress of the LDCs in the implementation of the IPoA. Given the level of detail in each national report, this report synthesises the reoccurring themes across the 3 regions (Asian and Pacific, Africa and Latin America and the Caribbean), highlighting key country experiences to illustrate the lessons learned to achieve the IPoA objectives during the decade of implementation. 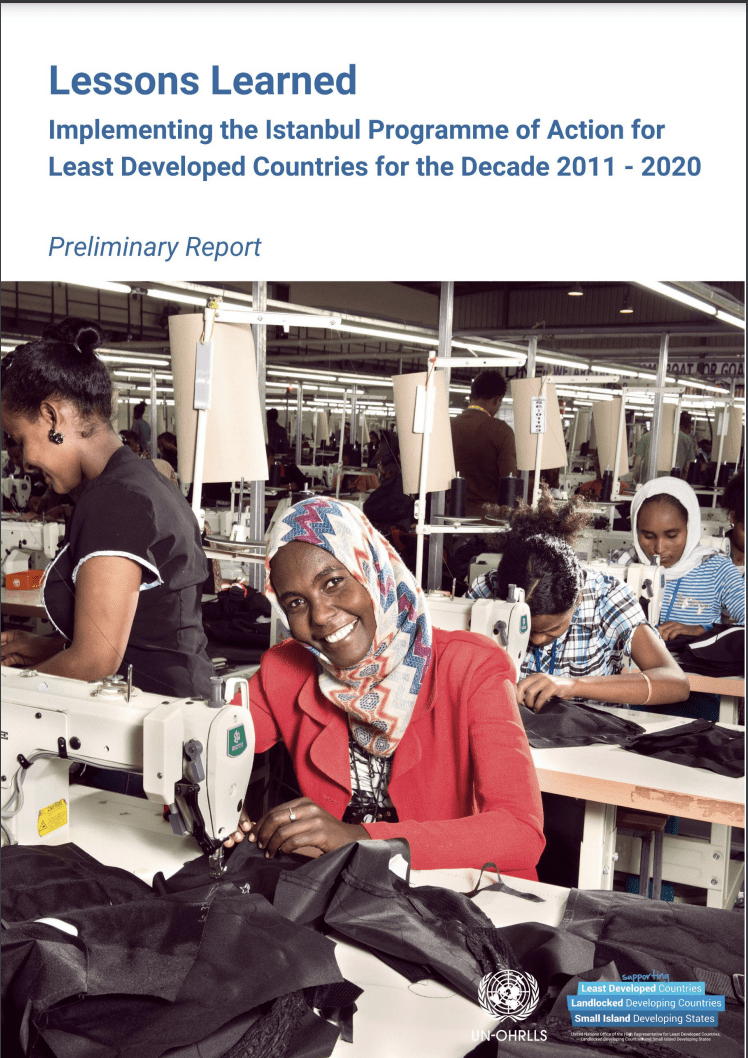