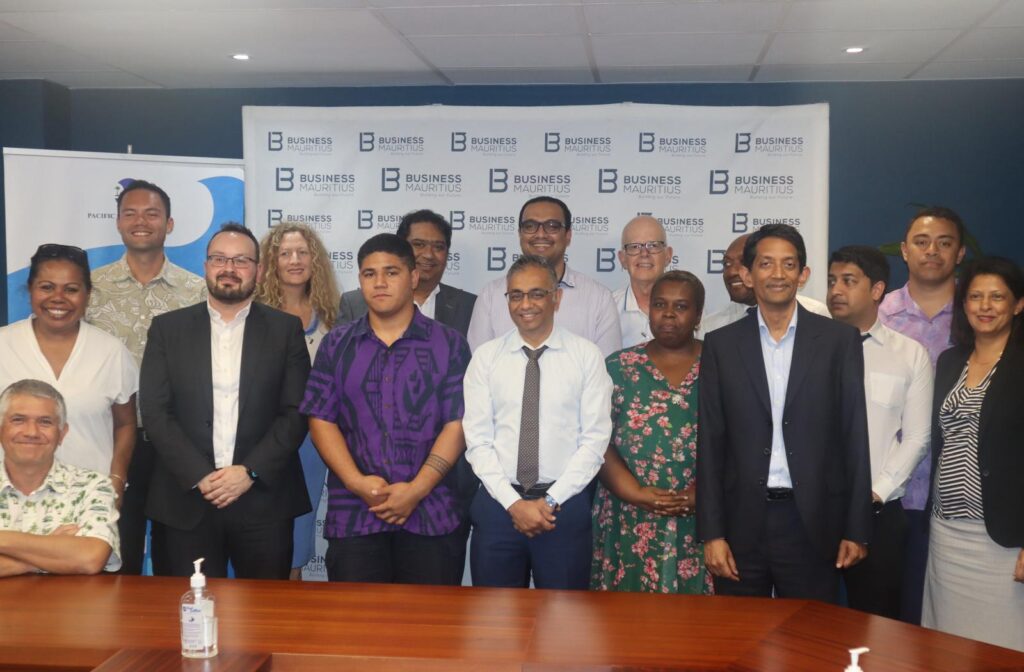 Co-funded by grants from the Commonwealth Secretariat and the European Union under the Strengthening Pacific Intra-Regional and International Trade (SPIRIT) project, the exchange involved a delegation of aquaculture businesses from Pacific Island states and officials from the Pacific Islands Forum Secretariat (PIFS) visiting Mauritius to share and gain best practices in the fisheries sector.

“The Connectivity Agenda is proud to support our partners at PIFS and in Mauritius in undertaking this mission, the first program of its kind to bring together private sector representatives from the Pacific Islands and Mauritius,” said Kirk Haywood, Head, of the Commonwealth Connectivity Agenda.

Despite their physical distance, these Commonwealth small island states share several mutual challenges to developing their private sector and trading links, as well as mutually important economic sectors such as fisheries and aquaculture.

The fisheries sector is a leading driver of economic activity in the Commonwealth Pacific and is also highly important to Mauritius. Mauritius has also made impressive achievements in developing its business environment, which the World Bank ranks 13th in the world in its Ease of Doing Business Index (2020).

Delegates represented five Commonwealth Pacific countries: Fiji, Samoa, the Solomon Islands, Tonga, and Vanuatu, as well as the Cook Islands, and were one-third female. The delegation met with senior officials of leading aquaculture and trading businesses in Mauritius, establishing new business links where previously none existed and exchanging learnings and experiences on sectoral development in both regions.

“This mission served as an important catalyst for increasing south-south cooperation between the Pacific and Africa, and I am confident that this event will lead to even greater areas of strengthening between our regions,” said Zarak Khan, Pacific Islands Forum Director, Programmes & Initiatives. “Our Pacific private sector will explore the opportunities for joint venture arrangements and the possibility of export of Pacific goods to the African Continent by using Mauritius as a gateway,” he continued.

The mission was built on a foundation of a Joint Work Program between the PIFS Trade Division and the Commonwealth Connectivity Agenda, as well as a Joint Cooperation Framework between PIFS and Business Mauritius – the apex body representing over 1,200 companies in Mauritius- to strengthen networks and share lessons learnt in private sector development.

The programme entailed a networking program of Pacific and Mauritius business representatives sharing lessons learned and best practices in developing their respective fisheries industries. Discussions were held on how the Pacific region and Mauritius can not only build up individual business capacities but also create and strengthen avenues for regional collaboration.