News Article: Good Practices Publication on South-South & Triangular Cooperation in LDCs Launched Ahead of the Adoption of the Doha Programme of Action 2022-2031

Home » News Article: Good Practices Publication on South-South & Triangular Cooperation in LDCs Launched Ahead of the Adoption of the Doha Programme of Action 2022-2031

LDCs will be where the Sustainable Development Goals (SDGs) will be ‘won’ or ‘lost’.

New York, 16 March 2022 — A new Good Practices Publication on South-South & Triangular Cooperation in the least Developed Countries was launched to showcase, take stock of and reflect on the complementary role of South-South cooperation in supporting LDCs in the implementation of the Istanbul Programme of Action and inform an enhanced global partnership as partners embark upon the Doha Programme of Action 2022-2031.

”“In the decade of the Istanbul Programme of Action, LDCs scaled up South-South cooperation to strengthen institutional capacity while intensifying experience sharing and the exchange of good practices,” said Her Excellency Nancy Tembo, Minister of Foreign Affairs of Malawi and Chair of the Group of LDCs. “They have successfully leveraged South-South cooperation to mobilize development finance, promote technology transfer and build human capital.”

She further added that the Doha Plan of Action for LDC’s embodies a new generation of partners and renewed commitment of the global community, including development partners from the North and the South. It is essential for LDCs to effectively leverage South-South and triangular cooperation to make strides in critical areas of sustainable development, such as development finance, trade and investment, human capital development, infrastructure development, energy transition, institutional building and build resilience against future shocks, including climate change. 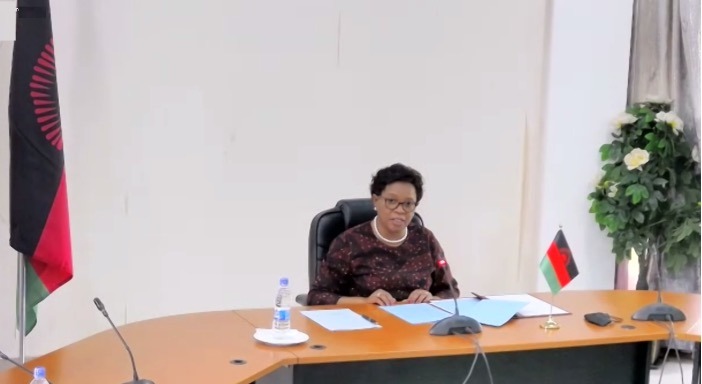 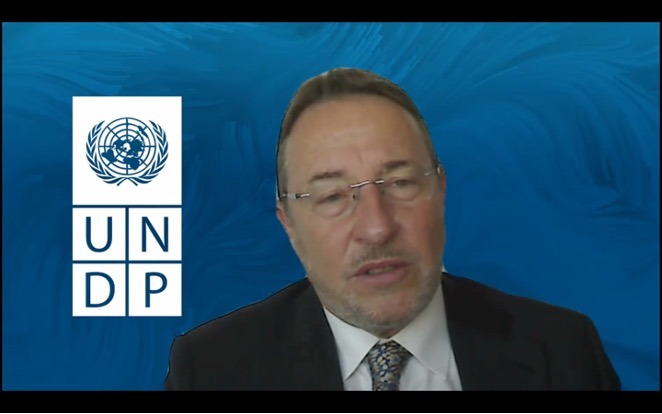 During his opening remarks, Mr. Achim Steiner, Administrator of United Nations Development Programme (UNDP), highlighted that the value of South-South and triangular cooperation has come to the fore during the COVID-19 pandemic where developing countries have been supporting each other in critical areas, from sending healthcare workers to bridge capacity gaps; to cooperating in science, technology, and innovation; to sharing doses of the vaccine; and providing critical liquidity support to LDCs to address the socioeconomic impacts of the pandemic.

”“As we embark on the Doha Programme of Action,” said Mr. Steiner, “it is imperative that we examine new and innovative ways to boost South-South and triangular cooperation including the vital financing solutions we need to unlock the immense potential of LDCs.”

“The State of Qatar has pledged support to LDCs and SIDS to combat natural hazards and environmental challenges to adaptation and mitigation mechanisms and takes this opportunity to further mobilize our efforts and resources and extend a hand to overcome the crises in these unprecedented times,” said H.E. Khalifa Jassim Al-Kuwari.

With a particular focus on LDCs, this special volume presents around 80 good practices relevant to the implementation of the SDGs which contribute directly to the IPoA priorities, while spotlighting the role of South-South cooperation. The publication demonstrates the importance of South-South cooperation in facilitating the attainment of development objectives in LDCs by supporting national and regional development efforts, strengthening institutional and technical capacities, and improving the exchange of experiences and know-how. The publication also aims to facilitate and promote peer and cross-regional learning and collective efforts among LDCs and their development partners in addressing LDCs’ special development challenges and building resilience.

The good practices collected in this publication will also be available among the over 800 others on South-South Galaxy, a vital digital knowledge-sharing platform on South-South and triangular cooperation.

During a fireside chat following the special remarks from the distinguished speakers, Mr. David Jackson Director, Local Development Finance, UNCDF, and Dr. Debapriya Bhattacharya, Non-Resident Fellow at the Center for Global Development (CGD) and a Distinguished Fellow at the Centre for Policy Dialogue (CPD), reflected on the initiatives presented and discussed how South-South and triangular cooperation can be further leveraged to deliver tangible benefits for LDCs in the Decade of Action.

H.E. María del Carmen Squeff, Ambassador and Permanent Representative of Argentina, and President of the High-level Committee on South-South Cooperation, and Mr. Erdenebileg Sandagdorj, Chief of UN-OHRLLS delivered the closing remarks and acknowledged the co-hosts on organizing the event.