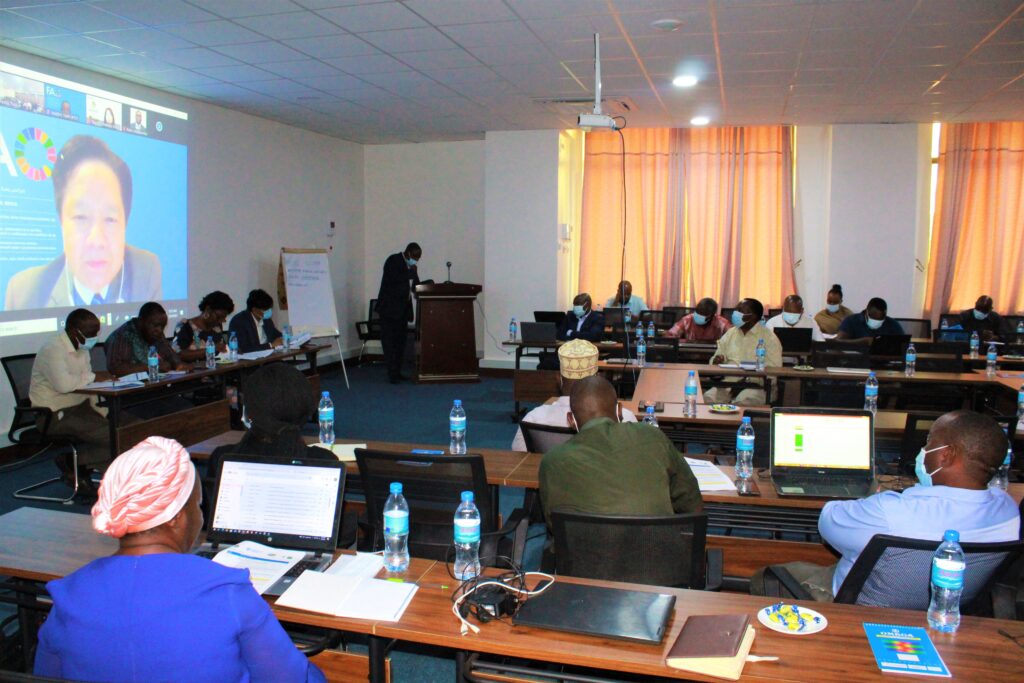 The workshop builds on the National Rice Development Strategy II (NRDS-II), the country’s ongoing ten-year rice improvement programme (2019/20 – 2030), which aims to sustain rice self-sufficiency in Tanzania and improve its competitiveness and comparative advantages for regional and international rice trade.

Rice in Tanzania is increasingly becoming one of the most important food and economic crop, being the second most consumed staple food contributing to the country’s food security basket. It is among the major sources of employment and income for many smallholder farmers, while intermediaries and traders dominate processing and marketing activities.

During the hybrid (onsite and virtual) workshop, different national rice-value chain actors and stakeholders, including government, research institutions, academia, development partners, farmers and private sector shared their insights on how to strengthen the collaboration amongst rice-related actors. 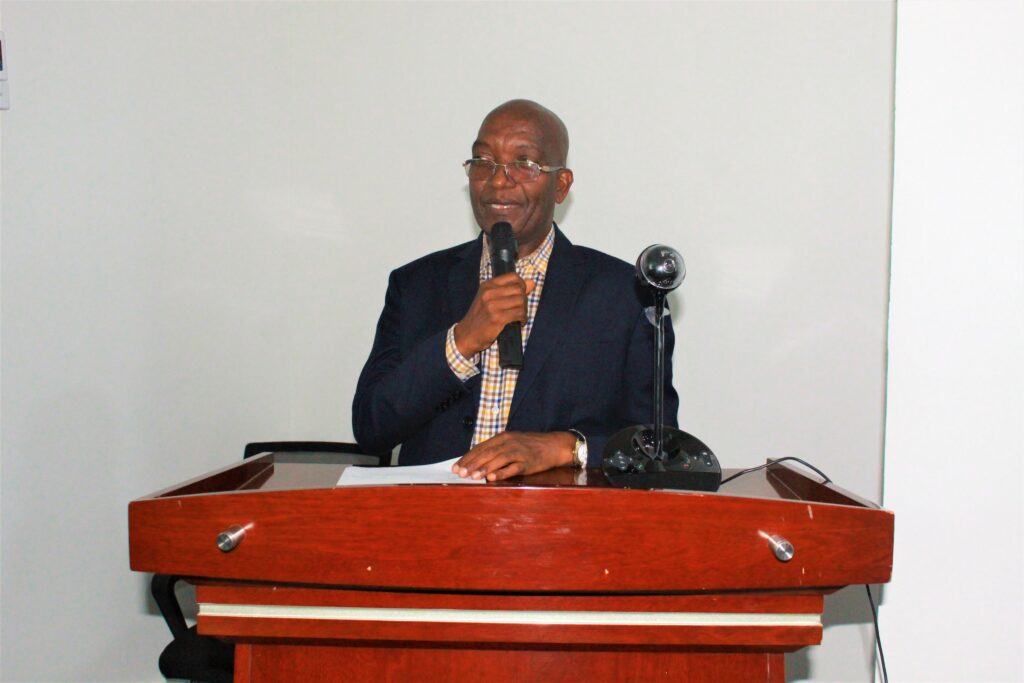 “TARI believes in working in partnership with all stakeholders and partners to bring about improvement in rice research and utilization. In that case, the outcome of this workshop will be a starting point to foster cooperation among different stakeholders. The lessons learned will not only help Tanzania but the whole region given the fact that Tanzania is the leader in rice research and development and would like to assure all partners, that TARI fully supports these initiatives as they are in line with the national development goals”, said Dr. Atugonza L. Bilaro, Center Manager of TARI Ifakara.

Currently, the government attaches substantial importance to the rice sector due to its contribution as a source of employment and national food security. Among the food crops, rice employs more people than any other crop commodity, as farmers, traders, millers, input suppliers and labourers.

In a stocktaking exercise on the progress, constraints, and bottlenecks of what has been done so far in the country, participants also jointly agreed on unique drivers for sustainable rice production and commercialization within Tanzania and beyond. Furthermore, participants were able to examine and discuss the existing rice policies and strategies in the country and identify possible effective adjustments needed to support the further development of this sector. 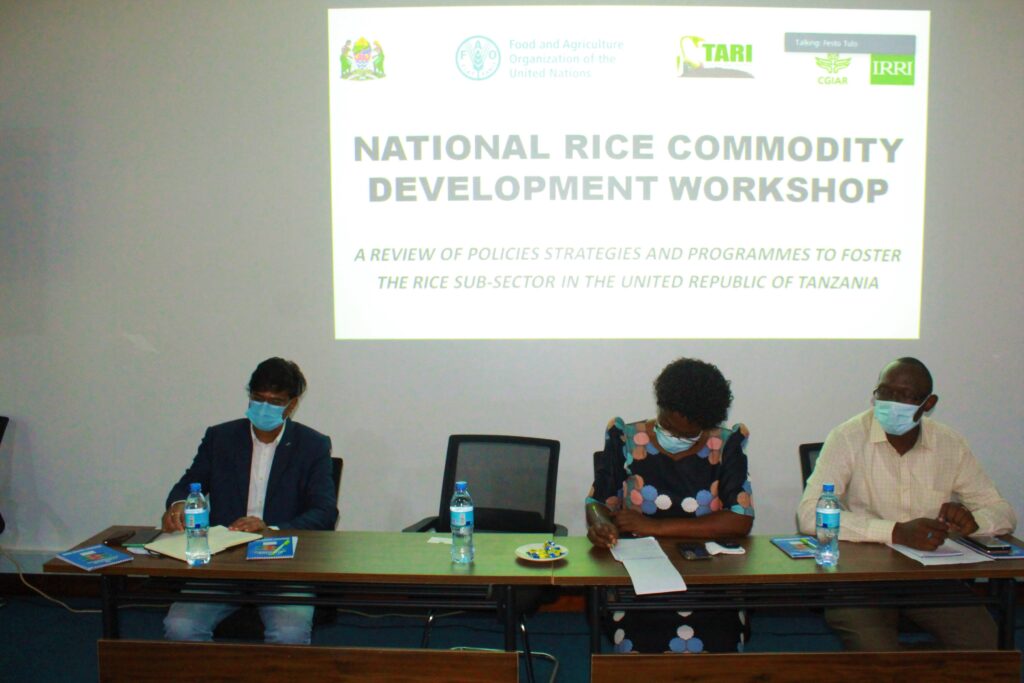 Taking into account changing farming practices due to climate change, participants agreed to focus on how public and private researchers can better access and jointly use scarce resources for greater impact on household and national economic growth.

“Rice is among priority crops earmarked by Agricultural Sector Development Programmes Phase Two (ASDP II), thus the need for allocation of more resources for strengthening agricultural research including paddy improvement along the value chain. In realization of the importance of research in agricultural development in Tanzania, the Government has since this year increased budgetary allocation to finance research programmes including rice”, said Mr. Daktari Hango on behalf of the Director for Policy and Planning of Ministry of Agriculture of Tanzania.

The workshop was also a great opportunity for participants to discuss ways forward for the implementation of FAO’s “Capacity Development and Experience sharing for Rice Value Chains through South-South and Triangular Cooperation (SSTC)” project, which ultimately aims to develop competitive and inclusive local rice value chains and targets, inter alia, the United Republic of Tanzania. The project is funded by the Ministry of Agriculture, Food and Rural Affairs of the Republic of Korea.

“The delivery modality of the project is that of the South-South and Triangular Cooperation. This is key to ensuring knowledge sharing among the project target countries and the Republic of Korea, towards achieving rice self-sufficiency. Through this, we need to strengthen the local rice value chains, in order to achieve better production, better nutrition, and better life in the target countries”, said Anping Ye, Director of the South-South and Triangular Cooperation Division at FAO HQ. “Furthermore, I would like to stress the importance of creating synergies, in order to ensure an impact on the ground, by working Hand in Hand and of having a holistic food system approach to improve the whole rice value chain,” he said. 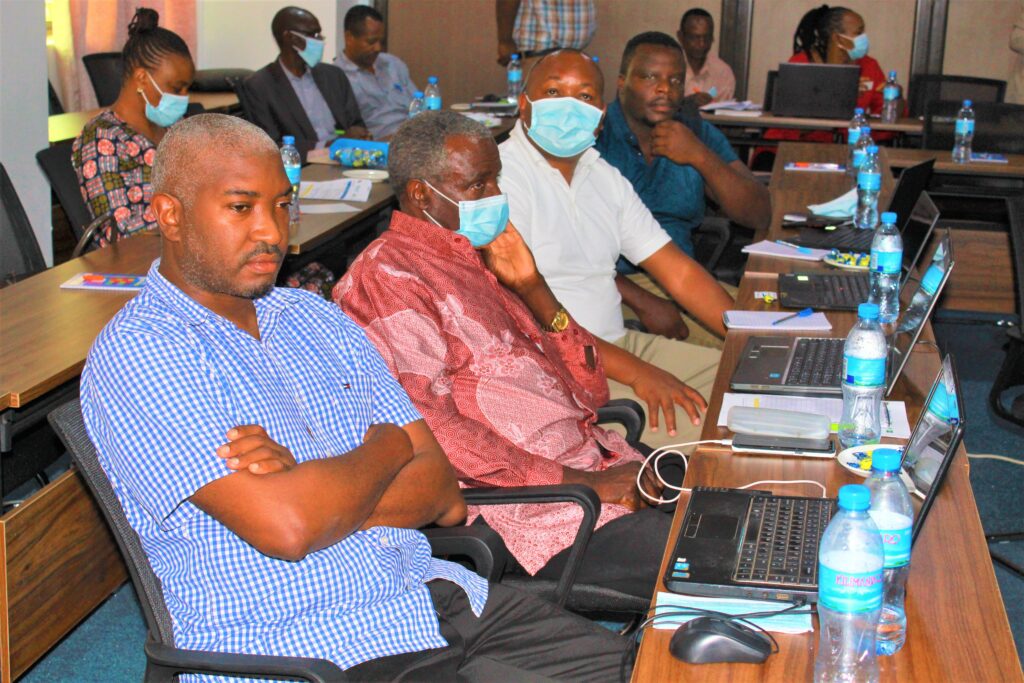 The workshop builds on the novel approach of ‘market-driven varietal design, development and dissemination’ being adopted by the national rice research programs in Tanzania driven by TARI, in consultation with IRRI; as part of an ongoing project supported by the Bill and Melinda Gates Foundation (BMGF). In line with the objectives of the “Accelerating the Genetic Gains in Rice (AGGRi)” project, the rice value-chain actors and stakeholders collectively agreed upon the “blueprint” of market-driven traits/attributes to ensure that new rice varieties are suitable for particular market segments in Tanzania.

The workshop participants also recognized the need to establish a real-time rice seed demand capturing system to manage seed demand and supply at the national level in Tanzania.

“The rate of varietal turnover in Tanzania has been low, as much as the awareness about new modern rice varieties. Aligning our varietal development efforts with market needs is critical for delivering varieties that meet the market needs. IRRI has been jointly working with TARI and other stakeholders along the rice value chain in Tanzania to outline the ‘blueprints’ of what is demanded by farmers, consumers and other actors; and to subsequently develop and disseminate appropriate and resilient varieties that meet these needs and boost farmers’ income, said Dr Ajay Panchbhai, Regional Breeding Lead – East and Southern Africa -Seed Systems and Product Management Lead – Africa of IRRI.

“Farmers in Tanzania have the opportunity to tap the rice pool of knowledge developed from national research systems to improve rice production and productivity including value addition and market access. To date, there are more than 14 varieties released targeting different agro-ecological conditions such as irrigated rice ecology, upland ecology and lowland rain fed in addition some varieties have special attributes such as tolerance to salinity which increasingly becoming a production challenge in irrigated rice”, said Ms. Winnie Bashagi, Executive Director, Rice Council of Tanzania.

While the population growth rate is still high in Tanzania, the rates are even higher in urban populations with a greater tendency towards more rice consumption. More rice will therefore be needed amid the decline in land resources and challenges of climate change.

Tanzania is collaborating with local and international organizations to design and implement a number of interventions, ranging from conducive policy reforms and resource investment to the commercialization of the rice sector. These measures intend to offset the likely importations and to take advantage of the growing regional trade markets in Africa and beyond.