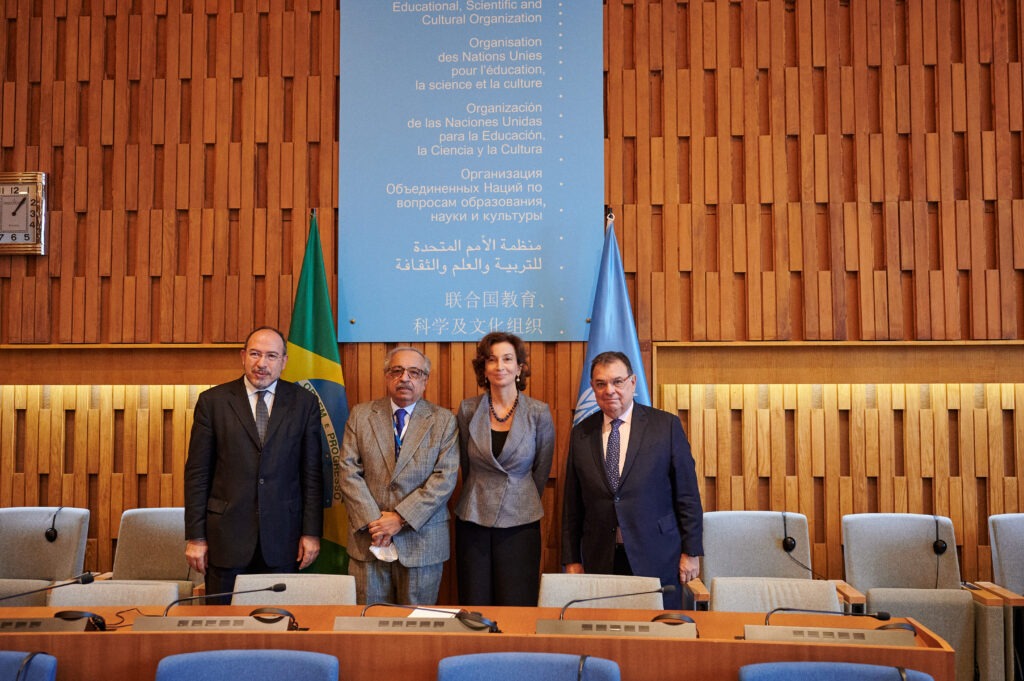 In the framework of the 41st General Conference of UNESCO, the Brazilian National School of Judges (ENFAM), the Permanent Delegation of Brazil to UNESCO, and the UNESCO Communication and Information Sector launched a South-South cooperation strategy to further support judicial actors from Portuguese-speaking countries in Africa in strengthening their capacities on international and regional standards related to freedom of expression, access to information and safety of journalists. Following this announcement, an international training organized at the ENFAM headquarters in Brasilia is scheduled to take place on 23-27 May 2022 for judicial actors from Portuguese-speaking African countries (PALOPs), to strengthen their knowledge and capacities on these fundamental issues.

Since 2013, UNESCO’s Judges’ Initiative has raised the capacities of judicial actors on international and regional standards on freedom of expression, access to information and the safety of journalists in over 150 countries around the world. Over 23,000 judicial actors, including judges, prosecutors, and lawyers, have been trained on these issues, notably through a series of Massive Open Online Courses (MOOCs), on-the-ground trainings and workshops for Supreme Court judges, and the publications of a number of toolkits and guidelines. In this regard, UNESCO recently launched the Portuguese version of its Legal Standards on Freedom of Expression: Toolkit for the Judiciary in Africa, aimed at judicial actors and judicial training institutes from lusophone countries in Africa.

UNESCO’s regional trainings for the judiciary on regional and international standards on freedom of expression and safety of journalists  have notably been organized in Dakar, Kampala and Nairobi and, most recently, specific international and national training courses for prosecutors were concluded in Syracuse and Bangkok. In addition, UNESCO has been supporting the development of Columbia Global Freedom of Expression’s online database of case law and international and regional standards, providing a global perspective on jurisprudence related to freedom of expression around the world.