The discussion in this report brings together, in a concise form, the extensive analysis of investment and investment policy trends in LDCs contained in annual editions of UNCTAD’s flagship World Investment Report (WIR). The summary report shows that since 2011, FDI inflows to LDCs as a group increased only marginally. The pandemic has further undermined the attainment of the goals of the Istanbul Programme of Action (IPoA) for LDCs, as well as the sustainable development goals (SDGs). Nonetheless, FDI remains an important source of external finance for LDCs, crucial for their sustainable development and eventual graduation.

Extractive industries remained the top recipient for international project finance deals in LDCs, pointing to the continued dependence of LDCs on this sector, and on resource driven FDI. However, several LDCs have seen some sectoral diversification of FDI. Non-resource-based manufacturing industries accounted for 31 per cent of project numbers in 2015-2019, up from about 26 per cent at the beginning of the decade. Food and beverages, garments and electronics were among the industries attracting more projects. In services, foreign investors targeted utilities, ICT and the financial sector. 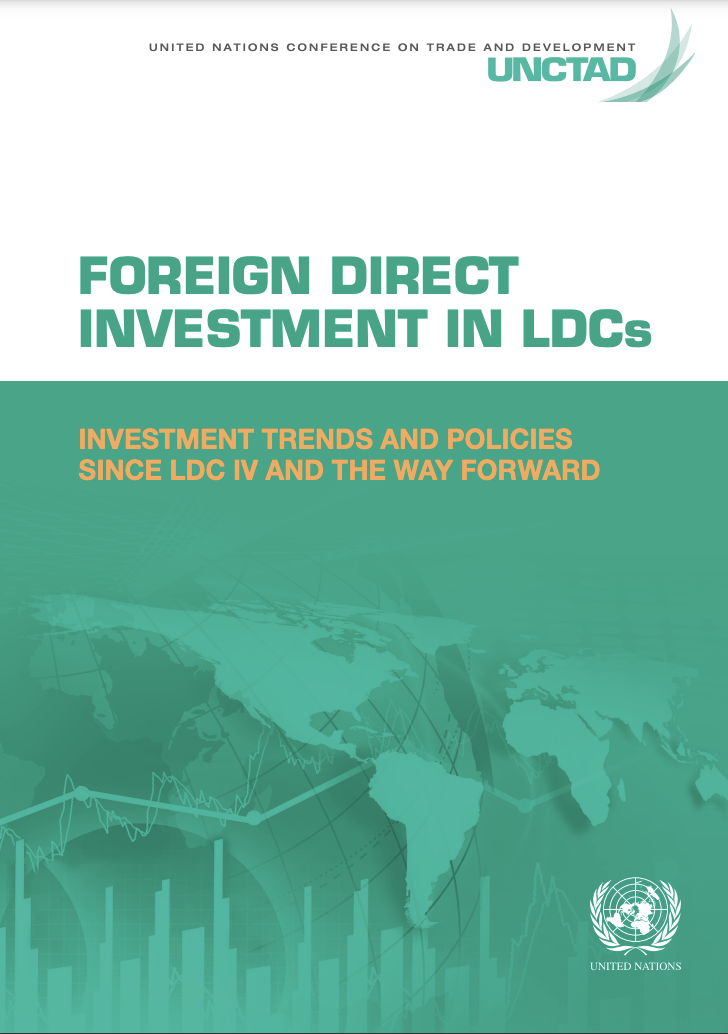 Among the investment sectors relevant for the SDGs, renewable energy, water and sanitation, and transport infrastructure received the lion’s share. In terms of capacity development in LDCs, only investment in energy generation and distribution grew significantly during the decade, while investment in other infrastructure sectors and projects important for private sector development and structural change barely increased. Investment in several sectors crucial for productive capacities almost completely dried up during the pandemic, making the starting point for the next programme of action for LDCs particularly challenging.

Despite stagnant investment flows, LDCs have made significant reforms in the area of investment policy since the LDC IV Conference. Between 2011 and 2021, two thirds of all LDCs enacted at least one policy measure on investment, compared to 54 per cent of other developing countries. African LDCs have led the reform drive, with three quarters of the LDCs on the continent adopting reforms in investment. Over 80 per cent of the investment policy measures adopted by LDCs in the period were more favorable to investment, confirming their commitment to enhancing productive capacities by creating the enabling conditions for investment promotion and private sector development.

The importance of FDI for the sustainable development of LDCs, and their eventual graduation underscores the need to create a conducive policy environment for investment in productive capacities, and also to address other fundamental aspects of the investment environment, such as infrastructure and skills gaps. The report recommends priority actions for LDC Governments, development partners and international investors to modernize investment promotion, facilitation, and target SDG-relevant investment. The set of actions and recommendations considers UNCTAD’s Investment Policy Framework for Sustainable Development (IPFSD), its Action Plan for investment in the SDGs, and captures LDC-relevant recommendations from several World Investment Reports. By building on the strategic appraisal and resulting plan of action for investment in LDCs, the priority action areas can provide a possible guideline for a new programme of action for 2021-2030.