The Trajectory of a Shared Learning Journey

Home » The Trajectory of a Shared Learning Journey

This newsletter discusses the Trilateral South-South Cooperation (TSSC) between the IBSA Fund, the Government of Angola and UNICEF, supported by the United Nations Office for South-South Cooperation (UNOSSC). Implemented within the area of Water, Sanitation and Hygiene (WASH) and in line with the Sustainable Development Goal 6 (Clean Water and Sanitation), the initiative is focused on Condominial Sewerage systems, Waste Management and Public Health in the peri-urban municipality of Viana, Luanda, Angola.

Through financial support from the IBSA Fund, this TSSC aims for innovation and change in the sanitation sector of Angola. The Government of Angola and UNICEF jointly implement the initiative in partnership with four Government institutions of Brazil, namely the Brazilian Cooperation Agency (ABC), the National Health Foundation (FUNASA) of the Ministry of Health, the Ceará State Department for Cities and the Ceará State Water and Sewage Company (CAGECE).

The partnership between Angola, UNICEF and the IBSA Fund demonstrates how South-South Cooperation can add value to a sector with limited resources to boost new possibilities with evident potential for mutual learning. 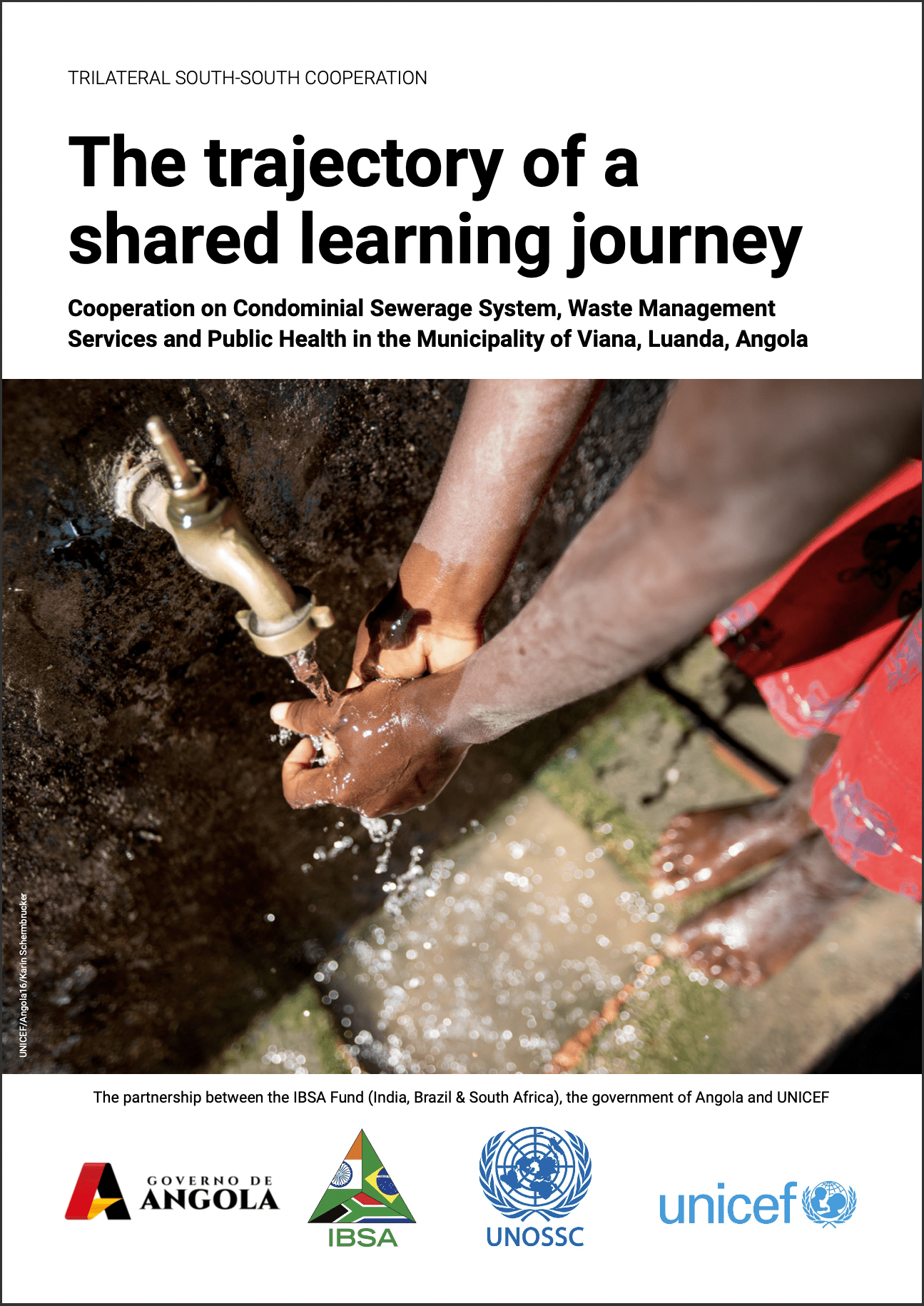