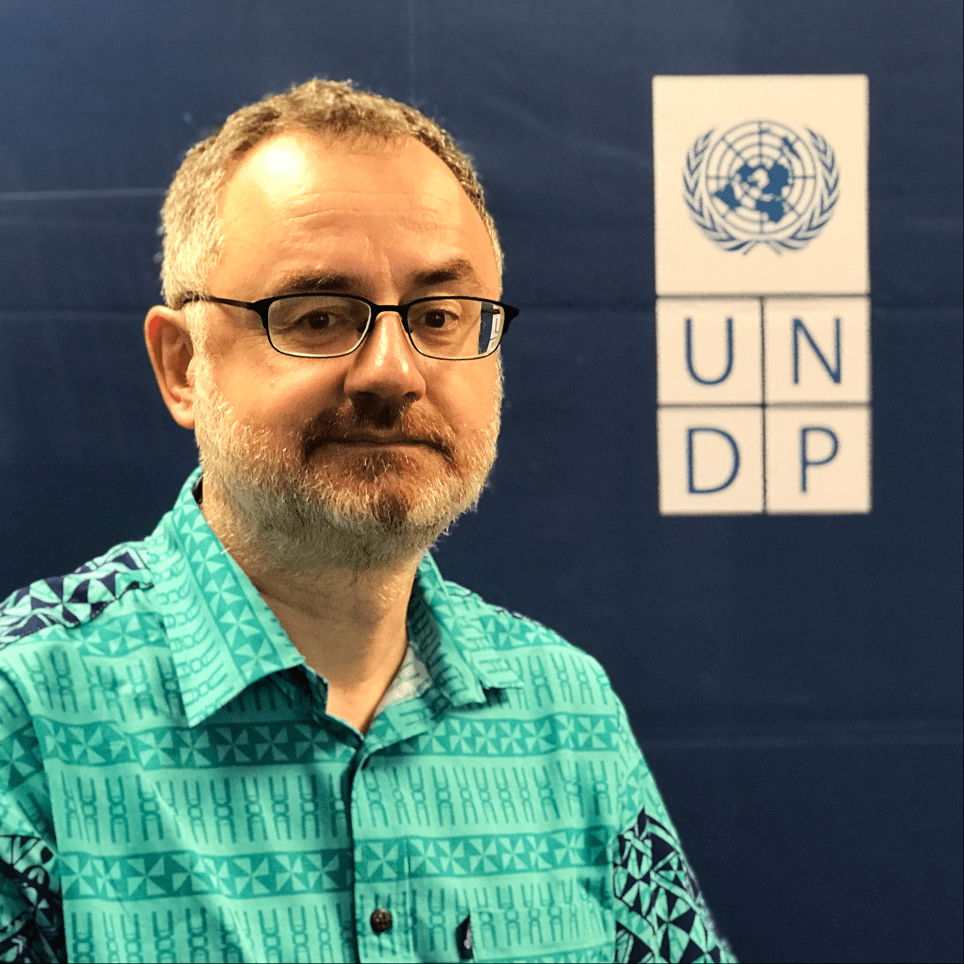 Why is South-South cooperation important in the context of the multi-country office that you lead?

Mr. Bouazdze noted that, “as the main principle of South-South cooperation is creating opportunities for experience and knowledge sharing between developing countries that are on their different development pathways, UNDP’s multi-country office may represent one of those very platforms for such sharing to take place. While it is true that most of the technical assistance the Pacific region is getting is predominantly from traditional donors, we have seen, even within those programmes, opportunities for South-South exchanges, most notably between countries of our coverage. This may be explained by a constant need for capacity building and support combined with a strong sense of Pacific solidarity and rather well-developed regionalism around common values and shared development challenges,” he said. He added that, “… as a multi-country office of one of the largest UN development agencies, we are well placed to promote South-South cooperation in action, even if some of those development interventions may not be classically defined as such. The point is what we do quite often is inherently South-South Cooperation”.

Could you please give examples of your work with of South-South Cooperation, are there any South-South cooperation projects that you are particularly proud of?

The Resident Representative underscored that the answer depended on  the definition of South-South Cooperation. “As I alluded earlier, in most of our projects with a multi-country nature, i.e., projects that cover more than one country, there is an element of South-South cooperation, as it involves some exchange of knowledge and experience between them,’’ he said. He shared examples such as the Parliament Support Project, which connects the Parliaments at the level of Members of Parliament (MPs) and staff and allows for ample opportunities for exchange of knowledge and experience on legislative work including government oversight, budget preparation and review, etc.  “We do not really market such projects as South-South but if we dig deeper, they may qualify as such,” he explained.

“On the other hand, the MCO office also implements several projects that are funded from other developing countries, most notably India through the UN’s South-South Trust Fund. These are largely projects of technical assistance in full adherence with South-South cooperation principles, including, most recently, delivery of repurposed resources to address challenges associated with Covid-19,” he concluded.

What challenges and limitations have you encountered during your engagements with South-South cooperation?

Mr. Bouadze indicated that there may not be a clear case for development cooperation when countries are on similar development paths, as arguably there may be a limited scope for experience sharing. “It is also true that no countries are identical nor so similar in their capacities not to warrant such exchanges. Even in the Pacific, there is lot to gain from each other but how to package and channel that expertise when all countries have limitations due to their relatively small sizes, is where the major challenge is. In our programmes, as much as possible, we are trying to make this element inherent, which may or may not work depending on circumstances,” he elaborated.

Mr. Bouadze noted that development cooperation largely follows national priorities and as long as South-South cooperation is understood as adding value to the mix, it will find its way one way or another. “So, the focus has to be in emphasizing benefits such a cooperation brings and then look for ways for how to put this in practice. UNDP clearly can be one of the brokers and has proved to be a global champion in this respect,” he said.

The Resident Representative explained further that in the Pacific, especially in the MCO context, there are plenty of opportunities and UNDP is looking forward to working with the representation of UNOSSC to raise awareness and create more space for such cooperation.

Do you have any upcoming proposals or ideas for projects that incorporate South-South cooperation in 2021?

The Resident Representative spoke about UNDP Pacific’s vibrant portfolio and fairly robust pipeline in areas where it can add much value, largely in climate change, sustainable development, resilience and governance-related areas. “UNDP also puts a premium on innovation in the development field, so we are in a constant search for solutions to multiple development challenges the region is facing. There is no specific focus on South-South as an end in itself, but in most of our ideas and pipelines you will find there is an element of it,” he said.

The Resident Representative observed that UNDP and UNOSCC are special partners intertwined in their work through a multitude of links, for many years, and as such they are also naturally aligned to work more closely in the Pacific . He expressed hope for a quick recovery from COVID-19 setbacks, to allow planned collaboration.

He served at the UNDP headquarters in New York: as Chief, Management Support Unit, Bureau for External Relations and Advocacy (June 2009 – October 2013) and, later, as Chief, Planning and Operations Support, Regional Bureau for Europe and Central Asia (October 2013 – June 2019).

He started in the United Nations in his native Georgia where he served as National Programme Officer at UNDP Georgia (January 1996 – September 1996). He was Programme Advisor at UNDP’s Regional Center in Bratislava (July 1999 – November 2000), Associate Expert at UNCTAD in Geneva (December 2000 – June 2002), Assistant Resident Representative at UNDP Uzbekistan (October 2002 – March 2005) and Deputy Resident Representative at UNDP Belarus (April 2005 – June 2009). Earlier in his career he held different positions in the Ministry of Foreign Affairs of Georgia (September 1992 – January 1996).

Mr. Bouadze has a Master of Philosophy in Economics from St Antony’s College, University of Oxford, UK (1999); Master of Social Sciences, University of Birmingham, UK (1994), and Diploma in Industrial Economics and Planning, Tbilisi State University, Georgia (1992). He is married and has three children.