“Respect for national sovereignty is at the core of South-South cooperation. It is about interdependencies and not ‘new dependencies’. The partner countries themselves initiate, organise and manage SSC activities. India believes that the primary responsibility towards development rests with the States themselves under their ownership and leadership.” (Reenat Sandhu, 2021) 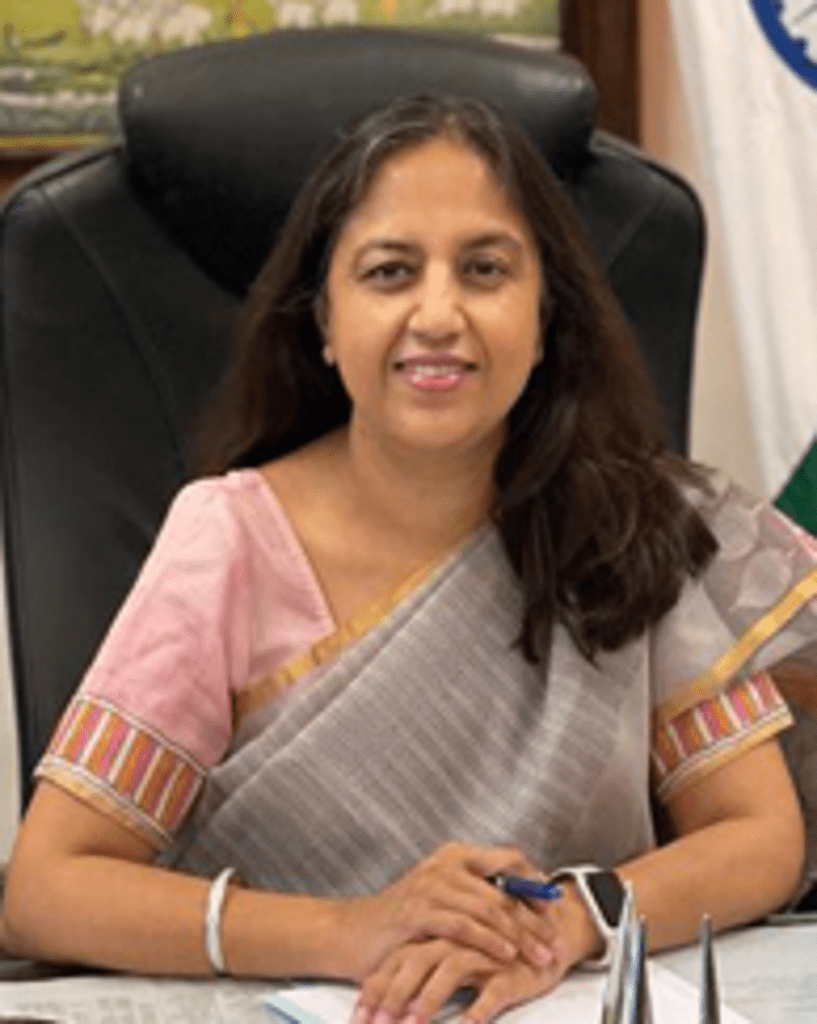 In this written response, Mrs Reenat Sandhu, Secretary (West) delves into India’s philosophical underpinnings of  South-South cooperation (SSC). In line with these principles, India has supported other countries during the COVID-19 pandemic, and beyond that, has supported some significant programmes for support to other countries.  The Secretary also urges the international community to learn from the shortcomings exposed by the virus and to strengthen South-South and triangular cooperation.

Why is South-South cooperation (SSC) important for India?

SSC has traditionally been a vital pillar of Indian foreign policy. As India’s engagement with the world has expanded over time, so has its commitment to fellow developing countries – both bilaterally and through various regional forums – like the India-Africa Forum Summit, India-ASEAN Summit, Mekong Ganga Cooperation, Forum for India-Pacific Islands Cooperation (FIPIC), CARICOM and BIMSTEC- to name a few.

India’s connect to SSC can be traced back to the 1950s and 1960s, even as some former colonies were fighting for their independence. Right from its inception, India’s SSC is based on solidarity and sharing developmental experiences, technical expertise, knowledge and best practices. India, with its philosophy of “Vaisudhaiva Kutumbhakam” – the world is one family – has continued to nurture and build on these values taking our development partnership among friends & equals forward.

India’s approach to development cooperation is human-centric and marked by respect, diversity, care for the future and sustainability. Our cooperation is guided by the development priorities of our partners and is aimed at building local capacities.

As mentioned by Prime Minister Modi during the inauguration of Third India-Africa Forum Summit in October 2015, SSC remains a “partnership beyond strategic concerns and economic benefits; formed from the emotional bonds we share and the solidarity we feel for each other.”

In the context of the difficult period that the Global South is going through, India is one of the first countries in extending assistance to its neighbouring countries and countries in the Global South. Can you elaborate on the efforts in South-South and triangular cooperation to respond and to recover from the COVID-19 pandemic?

The COVID-19 pandemic has forced us to rethink our priorities and purpose. It has exposed vulnerabilities at various levels, threatening to setback decades of progress made by developing countries.  Given that the Global South was largely left to fend for themselves during the pandemic, SSC has become even more crucial.

In a spirit of solidarity, India reached out to 150 countries – to provide medicines, medical equipment and other urgent supplies during the early days of the pandemic. Recognizing that ‘no one is safe till everyone is safe’, Made in India vaccines were sent to some of our more vulnerable partners to combat COVID-19. Taking advantage of our strong IT sector, we utilized our ITEC (Indian Technical and Economic Cooperation) platform to provide virtual courses to partner countries in the Global South, many focused on health.

The outpouring of goodwill from our friends as COVID-19’s second wave hit India was reassuring. Now, with our Oxygen-related support reaching countries in our immediate and extended neighbourhood, we continue our commitment to fighting this pandemic and emerging stronger, together.

India has been playing a significant role in South-South and triangular cooperation from its inception. What would you like to see introduced or changed in the way we have been applying South-South Cooperation in the UN and the Asia-Pacific region?

India has been working actively with countries of the Global North to see how best the Global South can benefit from triangular cooperation. Climate action is one such field where India has been instrumental – through co-founding the International Solar Alliance and the Coalition for Disaster Resilient infrastructure with our developed country partners.

The global shift in economic power and the declining share of ODA during the last decade or so has seen attempts to subsume SSC in the international aid architecture and subject it to the norms and standards devised in the North-South context. This appears to be driven more from competitive urges and has not been helpful. It has also raised important questions about values, motivations and desirable outcomes.

Respect for national sovereignty is at the core of SSC. It is about interdependencies and not ‘new dependencies’. The partner countries themselves initiate, organise and manage SSC activities. India believes that the primary responsibility towards development rests with the States themselves under their ownership and leadership.

Does India have any upcoming proposals/ ideas/ projects incorporating South-South cooperation in the next few years?

India’s development cooperation has taken numerous forms – from providing training to nearly 15,000 students annually from more than 160 countries under the ITEC programme to our concessional Lines of Credit of over US$ 30 billion, which have provided developmental finance to 64 countries. We will continue to build on this in the coming years.

The US$ 150 million India-UN Development Partnership Fund continues to support South-owned and South-led sustainable development projects with a focus on LDCs, LLDCs and SIDS. In four years, the Fund has accumulated a portfolio of 66 projects in 52 countries. Through these, India will continue to focus on climate resilience, environmental sustainability, gender equality, renewable energy, maternal health, water & sanitation, education, employment, disaster recovery, agricultural development and infrastructure.

In the last year or so, the COVID-19 response has become a major facet of India’s development projects. The India-UNDP Fund, for example, has commissioned projects in 15 countries, ranging from Antigua & Barbuda in the Caribbean to Palau in the South Pacific. These projects cover supply of medical equipment, building and strengthening national healthcare capacities, boosting frontline emergency health services, mitigating socio-economic impact and catalyzing transformative recovery.

India is part of the IBSA Fund along with Brazil and South Africa. Since its inception, this Fund has supported 31 development projects in 20 countries from the Global South in fighting against poverty and alleviating hunger through SSC. India is also implementing numerous quick impact projects in a number of partner countries which are helping local communities in diverse areas such as education, business development, water resources, rural development, clean energy and so on.

Since we are still effectively in the middle of the pandemic, it is important to highlight the lessons learnt. COVID-19 has laid bare the shortcomings of multilateral institutions. Their resilience has been tested and they have largely been found wanting. Now, focus has shifted to recovery and reform. It is in this context that SSC needs to acquire a renewed vigour to effectively implement the outcomes of BAPA+40.

At the same time, as we pick up and dust ourselves off to ‘build back better’ after this pandemic, it is important that not only the Global South comes together, but that the developed countries also step up their efforts in a spirit of solidarity.

How can UNOSSC further facilitate India’s work to help scale up South-South Cooperation and triangular cooperation?

Historically, India has prioritized cooperation over conflict, co-existence over competition, sharing over receiving, plurality over hegemony and shared prosperity over zero-sum notions of growth.

The India-UN Development Partnership Fund, managed by UNOSSC, has worked actively over the past year to support projects responding to the COVID-19 pandemic and reaching out to countries across the globe, with supplies and support. This current crisis is an opportunity for us to continue our work and reflect on practices and approaches that have proven to be less than optimal and thus learn from our experience.

India is committed to enhancing its own contribution to SSC and looks forward to the partnership provided by UNOSSC in taking this forward, as well as UNOSSC’s role in facilitating triangular cooperation to address some of the most pressing challenges facing developing countries.

Mrs. Reenat Sandhu assumed charge as Secretary (West) in the Ministry of External Affairs on 1 July 2021.

Mrs. Sandhu began her career in the Indian Foreign Service in 1989. She was Ambassador of India to Italy and San Marino from 2017-2020. Prior to that she served as Minister (Commerce)/ Deputy Chief of Mission at the Indian Embassy in Washington DC from 2014-2017 and was Deputy Permanent Representative of India to the WTO in Geneva during 2011-14. She has also served in various capacities in Indian Missions in Moscow, Kyiv, Colombo and New York.

At Headquarters, prior to taking over charge as Secretary (West), Mrs. Sandhu was holding the post of Additional Secretary (Indo-Pacific, South, Oceania) in MEA. During her previous stints in MEA, she has handled Investment & Trade Promotion, Projects, East Europe and Sri Lanka desks.

Mrs. Sandhu is a Post-graduate in Economics from the Delhi School of Economics. She is married to Ambassador Taranjit Singh Sandhu and has two children.