“We need much more global solidarity and multi-country cooperation. Regarding the preservation of the planet, working together is the most important thing.” (Sudipto Mukerjee, 26 March 2021) 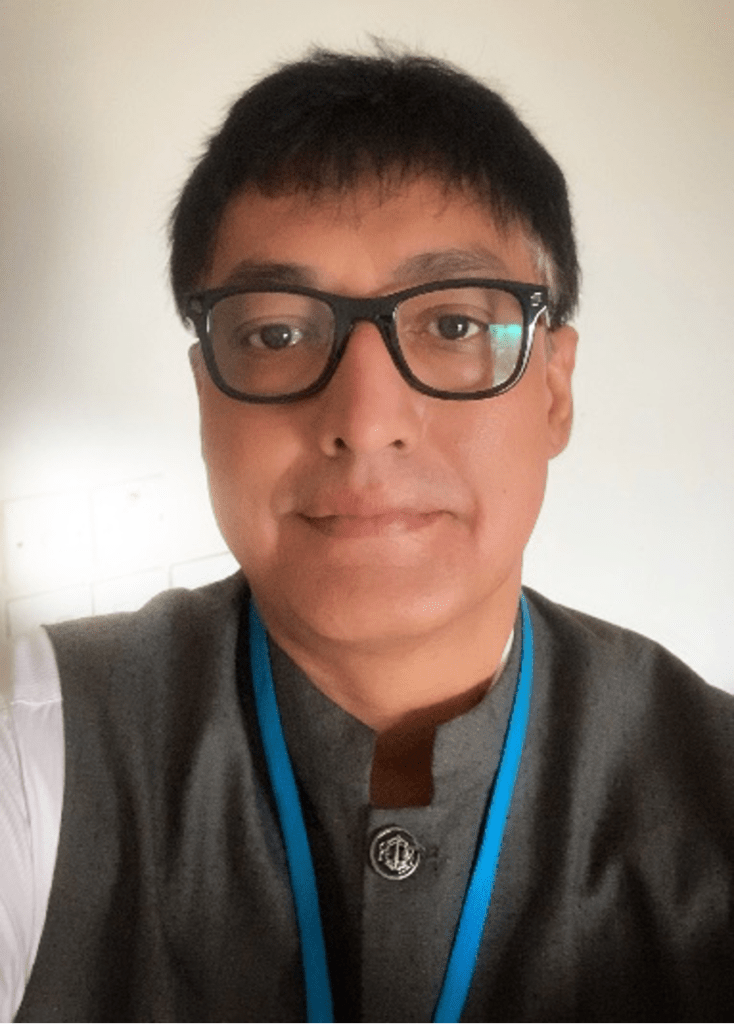 This interview took place on March 26, a special day for the Country – the last day of its fiftieth anniversary celebrations, which also happened to be the birth centenary of its founding father Sheikh Mujib and the day it received a final nod from United Nations Committee for Development Policy  for its graduation from Least Developed Country (LDC) category effective 2026.

In your work in Bangladesh, why do you think South-South cooperation matters?

Mr. Mukerjee noted that Bangladesh is a country keen on learning from others and giving back as well; and is widely acclaimed as a living laboratory for trying and testing innovative development solutions. “Bangladesh has an aspiration to position itself in the Global South in terms of its impressive development track record. The country does not want to remain a passive recipient of development support but would rather give to others as much as it receives. Bangladesh expects to be a fully developed country by 2041.” On the transformation of the country, he noted that, “Bangladesh has all kinds of development experiences to offer to others such as adaptation to climate change, disaster risk management etc.  In 2019, Ban Ki-moon, the former Secretary-General of the United Nations, during his visit to Bangladesh to launch the South Asian Regional Centre of the Global Centre on Adaptation (GCA) noted that nearly all of climate change adaptation solutions have been tried and tested in Bangladesh and that the country is ready to share these with the rest of the world.”

The Resident Representative noted that Bangladesh aspires to be a leader of the Global South. “Bangladesh is one of the few countries which not only has held the Presidency of the UN General Assembly High-level Committee Bureau on South-South Cooperation but has also invested its own resources in supporting initiatives such as the South-South Network for Public Service Innovation, chaired the Least Developed Country Group and has set up a South-South Cell within its Ministry of Finance.”

“The first example is on Disaster Risk Reduction. In 1970, Bangladesh got hit by a cyclone in which more than a half a million people died. Since then, the country has frequently faced even more severe cyclones but has progressively increased its capacity to prevent loss of lives. In recent disaster events, the number of deaths does not even exceed two digits. This is a shining example of incredible capacity development in terms of disaster risk reduction. Bangladesh has over the years invested heavily in community preparedness for disasters, especially cyclones and flooding. Together with effective early warning, local authorities help people move to safer areas in a well-coordinated manner. In this way, not only has Bangladesh become a model country for other States to learn from, but it has nurtured many experts who have since gone on to work in multiple UNDP offices as DRR Specialists across the globe. UNDP has been a steadfast and longstanding partner in this process of evolution, having helped Bangladesh set up the Ministry for Disaster Management and Relief and subsequently supporting the formulation of ‘Standing Orders on Disasters’.  With the world now reeling under the protracted COVID 19 pandemic Bangladesh is also working to formulate similar codes for public health disasters.”

The second example he gave was on “Digital Bangladesh”, whereby technology helps the country to leapfrog in many aspects. “This is driven by a2i, which is a UNDP-supported flagship programme of ‘Digital Bangladesh’, for developing and promoting public service innovations and to transform Government through them. Bangladesh has been sharing expertise with many countries such as Bhutan, Fiji, Philippines, Benin, Somalia etc. Having heard of the cutting-edge work of the a2i, the Minister of Bangsamoro Autonomous Region for Muslim Mindanao in the Philippines visited Bangladesh and is now working to replicate several of the good practices there.”  Mr. Mukerjee opined that given the strong focus on technology-driven public service reforms driven by a political commitment at the highest level and high-quality domestic expertise, Bangladesh can easily be a future leader in combatting the new digital inequality across the globe which COVID-19 has unveiled and exacerbated. “In the next few years, Bangladesh will scale up the use of digital technology to reduce the gaps of the digital inequality and furthermore, will be available for other southern countries to emulate them.”

What worked and did not work during your engagement with South-South Cooperation? What are the challenges/ limitations  have you encountered?

Mr. Mukerjee pointed out the need for a structured mechanism to codify good practices at the local level.  Despite the many development solutions already available, there is a lot of “reinventing the wheel” happening in the absence of proper codification, documentation and dissemination.  To address this gap, UNDP in Bangladesh has started discussions with premier institutes of higher learning who can support independent technical vetting and codification and then, these good practices can be widely shared through the various diplomatic missions, UNOSSC and UNDP offices in other countries.  “At the same time, attention should be paid to ensure that aspects needing local adaptation are identified.”  Mr Mukerjee believes that through such mechanisms, SDG acceleration can also be supported.  “Undoubtedly, it is quicker and faster to choose an already implemented idea and work on adapting it,” he added.

Mr. Mukerjee feels that as the world deals with challenges that affect both the northern and southern countries, there is need to highlight the efficacy of a development solution much more than where it comes from – that will also help in bridging the North-South divide.

“When it comes to the Global Agendas such as SDGs, the Sendai Framework for Disaster Risk Reduction, they concern all Member States.  There is no difference between the North and the South countries on the need to implement good solutions.  In some cases, there should be knowledge transfer from the Southern countries to the Northern countries. For example, climate change adaptions from Bangladesh could well be relevant for northern countries.”

“When it comes to good ideas, a good idea is a good idea, it should be not be labeled as a Southern idea or Northern idea, regardless of where it comes from,” he said.

Do you have any upcoming proposals/ ideas/ projects incorporating South-South cooperation in 2021?

“In 2021, UNDP is helping the country on COVID-19 vaccination registration and tracking together with the associated logistics planning.  Therefore, Bangladesh will soon have lived the experience of digital applications for effective mass immunization which can be shared with other countries. For example, the registration of the vaccine-eligible people enables tracking, whether people have received the first dose or not, and when and where they should get the second vaccine. This model allows the Government to plan and arrange the deployment of the required healthcare workforce, track and respond to incidents of post vaccination adverse effects on the one hand and enables citizens to access vaccination with minimal effort and higher safety.”

Mr. Mukerjee indicated that UNDP will support Bangladesh’s efforts to share good practices through documenting the digital aspects of the vaccination campaign. UNDP and UNOSSC and the Government partners could work together to capture this experience to share with the world. Furthermore, he mentioned e-vin, a similar UNDP-supported example from India on “Cold Chain Management” which is also helping the mass vaccination programme.

The Resident Representative suggested further consultations between his office and UNOSSC to review the Results Orientated Annual Report and strengthen the Office’s reporting on South-South and triangular cooperation. Mr. Mukerjee indicated his willingness to help set up and join a working group for structured conversations with UNOSSC to “help each other in terms of South-South cooperation”.

Mr. Mukerjee recalled that Kofi Annan, the former Secretary-General of the United Nations, had referred to the growing numbers of “passport-less problems” such as climate change, population displacements, public health hazards, ocean pollution, natural and human induced disasters, including cross border crimes, etc. “To address these borderless challenges, we need much more global solidarity and multi country cooperation. The preservation of the planet needs the global humanity to work together and therein lies our hope for a safe and healthy future,” he concluded.

Sudipto Mukerjee is an Architect & Town Planner with more than two decades of experience in international development.  He is a joint recipient of the International Society of City and Regional Planners (ISoCaRP, Netherlands) and IKEA Foundation sponsored International Urban Ecology Award.

Sudipto has previously worked with the Government of India (1992-1997), UK Department for International Development (1998-March 2005 as Infrastructure and Urban Advisor) and UN-Habitat (2005-2009, Head of Country Office).

He joined UNDP in September 2009 in the Iraq Country Office and has since worked as Country Director in Sierra Leone (August 2013- October 2016) & UNDP Bangladesh (October 2016–November 2018). He assumed the responsibility of the Resident Representative, UNDP Bangladesh from December 2018.  Sudipto comes with diverse crisis management experience having worked in Iraq (Conflict), Sierra Leone (Ebola Pandemic) and Bangladesh (Rohingya Refugee).  Sudipto is also affiliated with the UN Staff System College as an Expert on Strategic Planning.