A joint collaborative effort between ESCWA Technical Cooperation Program (TC) and the Division for the Arab States, Europe and CIS, UN Office for South-South Cooperation

For ESCWA, social justice rests on the four pillars of equality, equity, rights, and participation. However, countries in the Arab region, especially those that suffer from conflict and fragility, face unprecedented challenges to uphold these principles.

Arab countries have faced significant socioeconomic challenges for decades that had adverse effects on social justice.  These challenges resulted from poor development planning and implementation, a broken social contract, a high level of mistrust between citizens and governments, misguided economic and social choices, compounded by years of political instability leading to chronic economic stagnation, and poor citizen engagement. Widespread conflict and forced displacement in the region exacerbated the socio-economic situation, already burdened with multiple challenges, unrest and instability, high population growth (one of the youngest populations in the world) accompanied by the highest unemployment rate in the world mainly among youth and women,  low social protection coverage, increasing poverty and inequality, marginalization of vulnerable groups, as well as various forms of discrimination, all of which have culminated in a major deficit in social justice. Furthermore, the COVID-19 Crisis has made the situation even more complex. 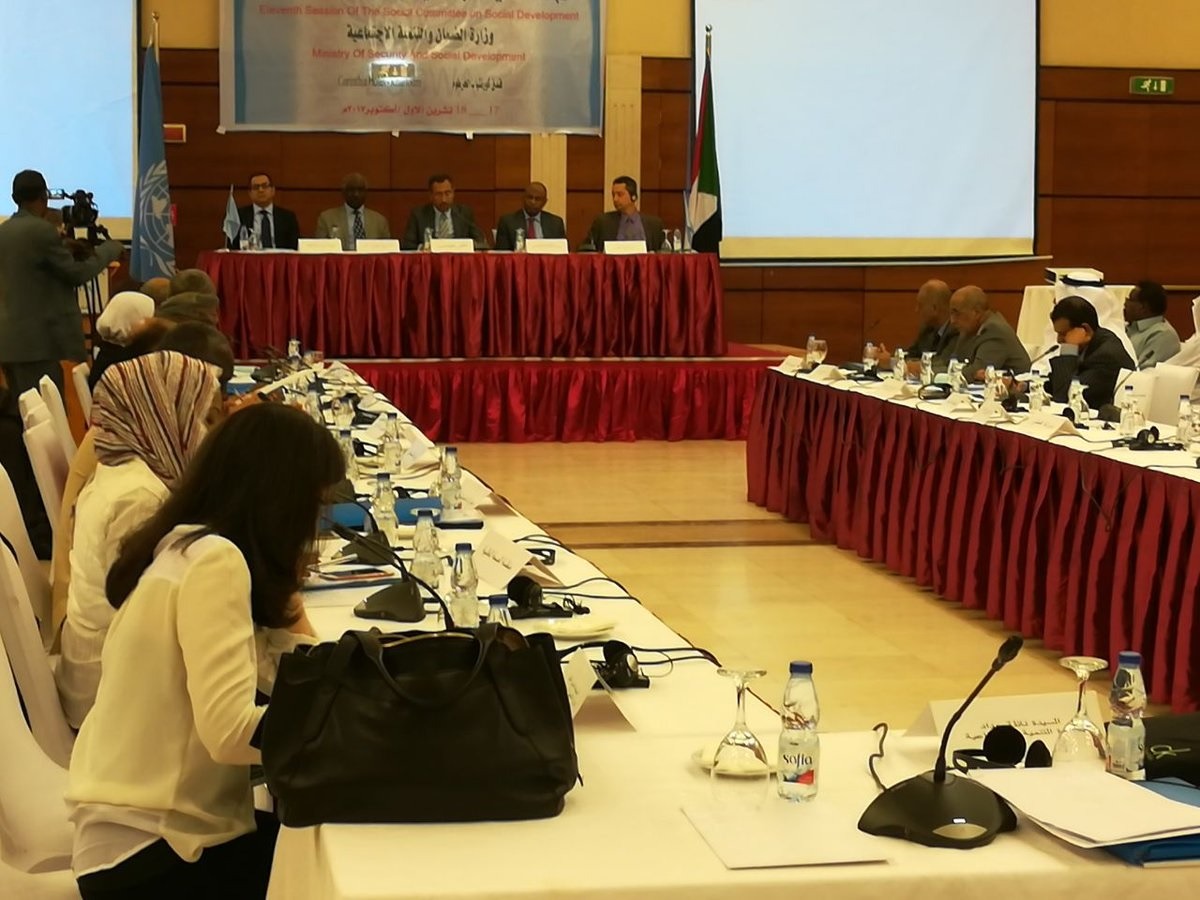 Within this context, and in the framework of SDG 10 and SDG16, and following the 2014 Declaration on social justice adopted by the ESCWA ministerial session held in Tunisia, ESCWA has recently engaged with several conflict-affected and fragile Arab countries to promote policy tools designed to support member states to mainstream the principles of social justice in policymaking.

Countries that have recently received technical support on social justice policy tools under ESCWA technical cooperation (TC) program include Mauritania, Libya, Yemen, Sudan, Iraq, Palestine, and Somalia. During the workshops and consultations that took place from July 2021 to March 2022 Government officials expressed the need to exchange knowledge and experiences with countries that have similar complex socioeconomic and political situations. The idea is to learn from other southern countries and explore concrete modalities, lessons learnt, innovative solutions and guidelines that could support them to address social justice issues despite the on-the-ground challenges stemming from conflict and /or fragility.

Common issues prioritized for peer learning during the consultations included 1) how to promote social justice for vulnerable groups under conflict and fragility 2) the regional dimension of social justice and how to strengthen central and local authorities to deliver public goods while upholding social justice principles; and 3) effective coordination mechanisms among key actors.

To address these issues, South-South cooperation (SSC), as a complement to North-South Cooperation, can be one of the key models of cooperation that can help Arab countries in achieving their social justice priorities. South-South knowledge exchange has indeed become the most important tenet and the most dynamic pillar of South-South and triangular cooperation (SSTC). It has gained prominence among developing countries that are increasingly recognizing good practices on SSTC as viable pathways to address common transnational challenges and accelerate progress in the achievement of the SDGs. Such exchanges have been cost-effective and easily adaptable. Moreover, SSTC promotes “horizontal partnerships” based on equity and trust as a vehicle to accelerate human development and enable the sharing of experiences and expertise, and to strengthen capacities at the institutional, organizational, and human levels. 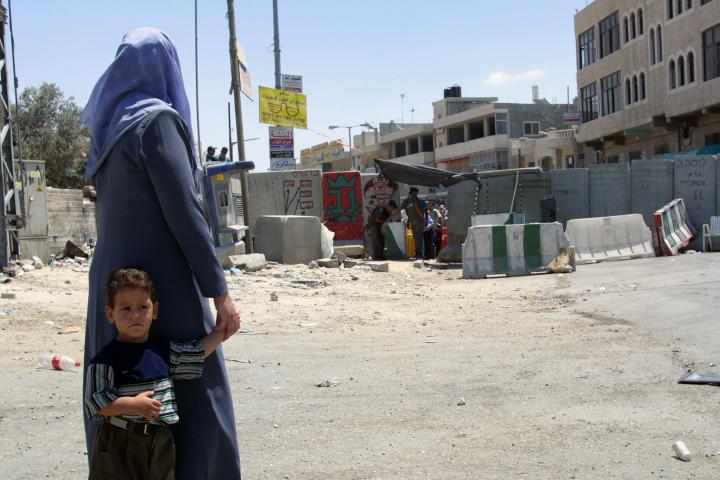 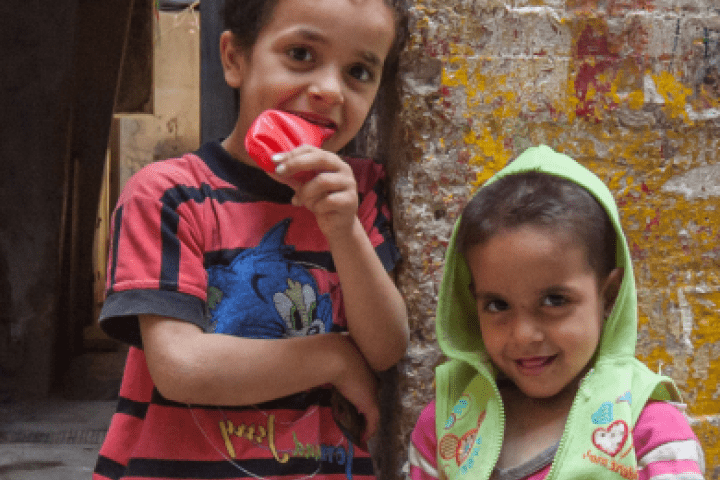 Within the UN system, the UN Office for South-South Cooperation (UNOSSC) is responsible for mainstreaming South-South and triangular cooperation across the UN system and assisting developing countries in strengthening their capacities to manage, design and implement South-South Cooperation policies and initiatives through the identification, sharing, and transfer of successful Southern-generated development knowledge and solutions. On the other hand, ESCWA leverages its convening power to promote dialogue and knowledge sharing at the national, regional and global levels, and to foster interregional cooperation and vibrant South-South partnerships for the achievement of sustainable development goals.

Therefore, the UNOSSC Division for Arab States, Europe and the CIS in Istanbul partnered with ESCWA to support Arab countries in systematic knowledge and experience exchange on social justice with other Southern countries that have similar complex socioeconomic and political situations. This collaboration is also in line with the Division’s overall policy, partnerships, and technical and capacity development support priorities to the Member States, UN system entities and other stakeholders in the advancement of the South-South, East-East and Triangular cooperation agenda.

Within the South-South framework of cooperation and ESCWA’s technical cooperation work with Arab countries, the objective of the project is to exchange knowledge and capitalize on experiences from conflict and fragile situations to foster dynamic engagement and streamlined action by relevant actors to ensure social justice for citizens. The project will explore the challenges and potential solutions for mainstreaming principles of equality, equity, human rights, and participation under socio-economic and political complex conditions. In specific the project will address three aspects of social justice for peer learning:

Social justice for vulnerable groups under conflict and fragility

The project will explore how governments can mainstream social justice principles for vulnerable groups into policy design and policy implementation under conflict and fragility. For this project, vulnerable groups are those prioritized by the target countries and who confront additional barriers in accessing services, markets and/or spaces in an equitable manner. This includes persons with disability, elderly citizens, women, youth, and citizens living in remote regions. The project focuses on identifying practical solutions for effective policy implementation that takes into account multiple and intersecting forms of vulnerability while securing social justice principles, in particular equality, equity, participation and rights.

The project will address the key role of local governments and local councils in promoting and mainstreaming social justice for delivering accessible and inclusive public services under conflict and fragility. Experiences and lessons learned on delegating powers to the appropriate level of government to effectively deal with social justice challenges while implementing policies will be exchanged for peer learning. It will also look at innovative modalities (such as the use of technology) to sensitize and build the capacity of national governments, local authorities, and local councils on mainstreaming social justice principles under complex conditions.

This includes coordination mechanisms between central and local authorities as well as forging collaborative links with different groups, such as the private sector, and community-based organizations.

The immediate outcome of the project will be increased learning (1) for relevant actors in the participating countries and a set of recommendations and lessons learned on how to strengthen collaboration and national collective action for promoting social justice in ways that respond to the challenges identified under fragility and/or conflict situations. To ensure continuous learning and knowledge transfer, participating countries will be supported to establish a regional, and possibly a cross-regional network or community of practice (2). Additionally, a comprehensive report (3) and technical guidelines (4) will be developed in the course of the project.

A round table discussion

Discuss vital elements that may jeopardize social justice in conflict, fragile situations and during the transition, and potential solutions grounded in conceptual frameworks, evidence, and concrete country experiences. The roundtable discussion will gather country, regional and global experts, researchers, academia, and development practitioners to provide the substantive foundation for the project.

Brings together government officials and policy makers from conflict-affected and/or fragile Arab countries and other southern countries with similar complex situations to exchange knowledge from their local experiences on how to address social justice issues. Case studies will be presented to showcase concrete country experiences.

Develop a comprehensive report to document the outcomes of the two conducted events and to elaborate on the key recommendations and lessons learned that could constitute a road map for addressing social justice in conflict-affected/ fragile countries with regard to three addressed topics.

Launching of the guidelines 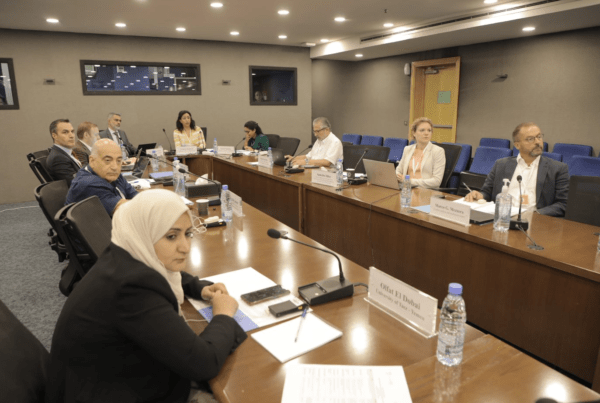 On 29 July, ESCWA and the United Nations Office for South-South Cooperation (UNOSSC) organized a dialogue aimed at facilitating knowledge exchange on social justice and supporting Arab countries to capitalize on experiences from…
Naveeda
0