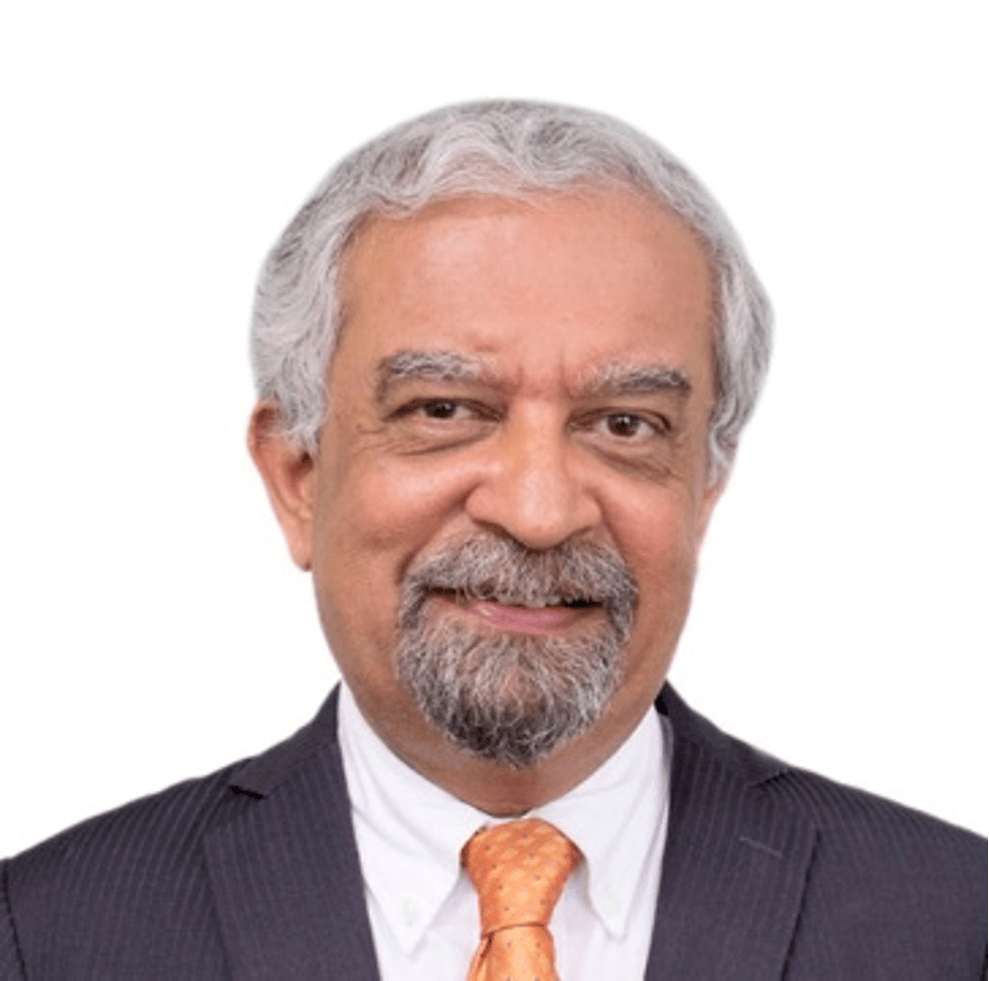 Please tell us about your engagement in SSC and why you think it matters for a country like Viet Nam.

The Resident Coordinator first reflected on his interest in South-South cooperation before he even joined the UN.  “Twenty years ago, as a Senior Advisor on Inclusive Globalization to UNDP, I led a book called “Making Global Trade Work for People” based partly on consultations with the G77 and China, as a contribution to UNDP’s support for developing countries. The book was written to support developing countries during their trade negotiations at the Doha Round of the World Trade Organisation. It was akin to a Human Development Report on the global trading system.

Mr. Malhotra spoke about his work in various contexts with promoting SSC in his roles as UN Resident Coordinator and UNDP Resident Representative in Malaysia, Turkey and Viet Nam. He underlined that he had received strong support from governments in those countries to pursue this agenda.

In Malaysia, he worked on reshaping the Government’s policy on SSC. He also advised the Government of Malaysia on how to negotiate their participation in the proposed Trans-Pacific Partnership (TPP). During his tenure, he was also UNDP representative to Singapore. In this capacity, he worked with UNOSSC’s support to document the key aspects of Singapore’s public service, which led to the establishment of UNDP’s Global Center for Public Service Excellence in Singapore in 2012.

In Turkey, as UNDP Resident Representative, he convened a Conference on the Role of Developing Countries in South-South Development Cooperation together with the Government of Turkey. Mexico, Brazil, India and other developing countries participated in the meeting.  He expressed his satisfaction in convening the conference and delivering its outcome statement, together with the Turkish government, to the UN-ECOSOC in New York. “It showed the different approaches of development cooperation between developing countries, which are not based on a donor- recipient, beneficiary mentality,” he said.

In Viet Nam, when he was first appointed as UN Resident Coordinator, he was surprised to know that the country had not actively participated in South-South Cooperation. Viet Nam’s success in reducing multi-dimensional poverty and promoting peace have not been well captured globally.  He noted that in some of his farewell meetings, he has emphasized the importance of South-South Cooperation. Some notable achievements in his work were encouraging the country to scale up its work in global peacekeeping, to be an active non-permanent member of the UN Security Council for 2020-21, supporting their role as Chair of ASEAN in 2020 and persuading them to participate actively in BAPA+40. He also referred to the joint work with UNOSSC in capturing Viet Nam’s success in curbing the spread of COVID-19, and that until April 2021, Viet Nam was the most successful country in the world, for its population size of close to 100 million people, in managing COVID-19. Furthermore, he had encouraged people-to-people exchanges between Viet Nam and the Democratic People’s Republic of Korea (DPRK) facilitated by the UN, especially UNDP, for the latter to learn from Vietnam’s remarkable socio-economic transformation over the last three decades.  “There has been a lot of experience exchanges with Viet Nam. DPRK has a lot to learn from Viet Nam’s transformation since the end of the war in 1975. A country which was in isolation after the war has transformed itself in one generation into a middle-income country. With the agreement of both the government of Viet Nam and DPRK, there have been many exchanges of experiences, facilitated by the UN in Viet Nam and this is an example of South-South cooperation.”

The Resident Coordinator told the interviewer that he has just been awarded the highest medal for “Friendship and Peace among Nations” by the Vietnam Union of Friendship Organizations (VUFO) of the Government of Viet Nam. In the award ceremony, he said, he gave advice that Viet Nam should place higher priority on South-South Cooperation. “There are so many experiences that Viet Nam can share on multi-dimensional poverty reduction, primary healthcare, and COVID responsiveness in 2020 on which Viet Nam has good practices’’, he added.

Mr. Malhotra shared his perspective that while what was done was important, more bold action would have to be taken by the UNOSSC, United Nations, and especially UNDP as the host organization  for UNOSSC.  He felt that the United Nations has to be willing to take positions that are pro-poor and pro-developing countries, and to have greater focus on these countries. He referred to the principles of special and differentiated treatment in trade negotiations and UNFCCC’s Common but Differentiated Responsibilities as examples which imply that that not all the countries should be treated in the same manner.

Mr. Malhotra said that UNOSSC should have an understanding that SSC is not primarily about funding but that SSC is more about providing greater scope for the roles countries can play in their own development and that investment and trade are at the core of SSC.

Would this stance lead to the idea that South-South Cooperation is Political?

The Resident Coordinator felt that attempts to separate politics from SSC or any development cooperation for that matter can undermine their real potential.  “South-South cooperation is political, partly about increasing economic and trade relations between developing countries and making the South more independent from the North. It is why UNCTAD was created in the 1960s,” Mr Malhotra shared. “It was about giving developing countries a greater voice; it is also why the G-77 was created”.

On whether SSC is working better today than in the 1960s.

On how this can be resolved.

“Employees became more empowered when they created Trade Unions and approached the bargaining table as ‘One’. That is how the South must increase its bargaining power, by working collectively.” He further explained that as some of the larger developing countries have not been able to facilitate this, South-South cooperation should be focused on developing country regional cooperation groupings. He observed that groups of countries at similar stages of development are likely to have real common interests, complementarities and comparative advantages that they can bring together for mutual benefit. Another aspect that he thought is overlooked is the growing South in the North. He felt that the South-South cooperation concept must be expanded to include marginalized people in the traditional North as well.

What would you like to see introduced or changed in the way UNOSSC has been applying South-South Cooperation in the Asia-Pacific region?

Mr. Malhotra reflected on his UNDP policy paper written in 2008. He highlighted that, “following paper’s policy recommendations required more bold actions on the part of the United Nations, especially the UNOSSC and UNDP.  It does not mean that UNDP needs to take sides between developing and rich countries. South-South cooperation is neutral, in that it only favours development”. The question for UNDP and UNOSSC is “Are you willing to take strong pro-development positions? Development should benefit marginalized countries and people. Neutrality does not mean that one does not take certain positions based on UN values and principles”.

“The original concept of SSC is even more relevant today than it was in the 1960s. Even though in some ways it is a more turbulent world today than it was then, it is one in which it is more realistic to create South-South Cooperation in a real tangible sense than it was then”. He continued, “There are a wider variety of relations between the South now than ever before. One of the challenges 50 years ago was that the concept was difficult to translate into reality. Now, however, sadly, the original political context has being diluted”. Mr. Malhotra suggested that developing countries at a similar stage of development in the South need to come together to learn and share from their experiences and work together on their common challenges.

To end on an optimistic note and demonstrate what one can accomplish, the Resident Coordinator retrieved two copies of publications he had led when he was at UNDP, namely, “Virtuous Cycles: The Singapore Public Service and National Development” and “Making Global Trade Work for the People” (2003). He noted that the Singapore one had partial, modest but important financial support from the UN Office for South-South Cooperation. He added that these are useful resources for South-South cooperation still. Mr. Malhotra opined that both UNDP and UNOSSC need to increase their substantive capacity to be able to produce similar documents that can be used for future reference.

Before joining UNDP, Mr. Malhotra was Co-Founder and Co-Director of Focus on the Global South, (1995-1999) a global policy research organization located at the Chulalongkorn University Social Research Institute in Thailand. During this period, he was also a part-time Regional Adviser on Macroeconomic Policies and Children’s Rights for Save the Children Fund (UK) for South-East Asia and the Pacific.

Prior to this, Mr. Malhotra was Director of the Overseas and Aboriginal Programme at Community Aid Abroad (Oxfam Australia), based in Melbourne, Australia from 1988-1995. Before that, he worked for the International Institute of Rural Reconstruction in the Philippines (1982-1988) as Research and Rural Credit Specialist, Associate Director, and then Director, International Extension. Mr. Malhotra also worked as a Management Consultant at A.F. Ferguson & Co. based in Mumbai, India between 1978-1981.

Mr. Malhotra holds an MA in International Affairs from Columbia University, New York, USA, with a specialization in economic and political development (1982), a Master’s in Business Administration from the Indian Institute of Management (affiliate of the Sloan School of Management, M.I.T. USA), with a specialization in finance and economics (1978), and a BA in economics (with honours), from the University of Delhi, India (1976). Mr. Malhotra also completed an Executive Education Program at the Kennedy School of Government, Harvard University, USA on “Leadership for the 21st Century: Chaos, Conflict and Courage”, during January-February, 2013.

Mr. Malhotra is widely published with over 100 journal and other articles on global trade, debt and finance, the multilateral system and development cooperation issues. He has also been the lead author, co-author or chapter lead in more than 10 books, including the lead author of UNDP’s Making Global Trade Work for People (Earthscan, 2003) and Globalization and the Least Developed Countries (UNDP, in cooperation with the UN-OHRLLS and the Government of Turkey, 2008). He also initiated and led Virtuous Cycles: The Singapore Public Service and National Development (UNDP, 2011) in cooperation with the Government of Singapore.